Horizons Sing! The complete allocation for this show has now sold out within minutes of being made available.

Mike Peters was live on air at BBC Wales just after 10.00 AM and with the news of Horizons Sing! being posted on thealarm.com and the official Alarm Facebook page simultaneously (along with email notification to all on The Alarm Mailing List), every single ticket was snapped up before Mike had finished being interviewed by presenter Jason Mohammad. Additional tickets that made available through the National Orchestra Of Wales Audience Line also went within minutes of the event being announced. 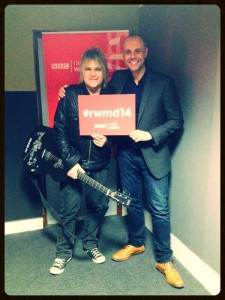 It’s been a very exciting launch and we look forward to welcoming everyone who has managed to secure a ticket for this most prestigious event at Hoddinott Hall, Cardiff on April 11th.

For those unable to attend,  Horizons Sing! will be broadcast at 9pm on BBC Radio Wales Music Day, April 25th. The event is also being filmed by the BBC for future broadcast. 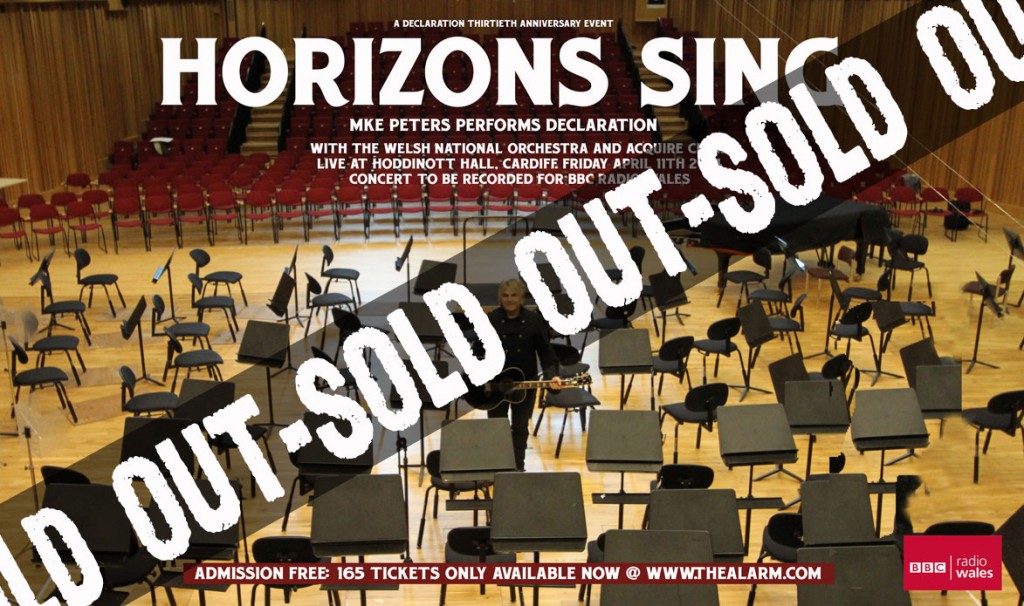