The Alarm – Declaration 2014 Vinyl Limited Edition 2014 completely sold out within weeks of going on sale exclusively via www.thealarm.com and we are pleased to announce that copies will be despatched very soon.

Mike Peters and all of us here at thealarm.com want to thank everyone who made the investment in Vinyl and know that you have managed to secure yourselves a real piece of rare and valuable Alarm history!

Mike Peters was able to sign off on the test pressings during the Declaration UK tour and managed to test the discs on his own turntable system and also organise a second listen during a visit to Neptune Records in Rhyl, where Mike spent some time in the company of shop owner and Vinyl Collector Paul – listening on the in-store stereo system. 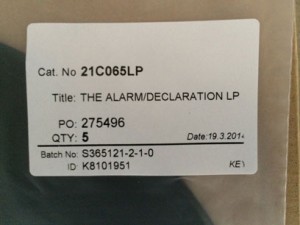 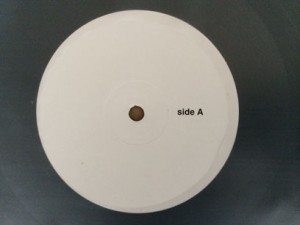 Mike can confirm that the album (which has been arranged for vinyl in the same running order as the original 1984 Declaration), sounded superb as soon as the needle touched down onto the grooves of the shiny black vinyl acetate (The released record will be Red vinyl).

“it was such a thrill to hear the music on a record player. It sounds so warm and leapt out of the speakers in a way that only an analogue recording can. It immediately took me back in time to another era when all the music making I was part of was released in this way. I know all the fans are excited about getting to hear the vinyl version and I really think it will be worth the wait. I’d forgotten so much about how the vinyl process works because in the digital domain there is no ‘test pressing’ element to the CD making process, and as a result, a lot quicker turn around time. Being part of this process certainly reminded me of how special the ‘record’ making process was / is. It’s like when you had to wait for photographs to come back from the dark room. It was all so exciting to hear the new versions of the songs in the original running order which makes for a whole other listening experience to the one created by the new CD. I hope that I can make more ‘records’ in the future and I’m certain that everyone who has secured a copy of Declaration 2014 on Vinyl will be thrilled by the sound in the same way I have been.” says Mike. 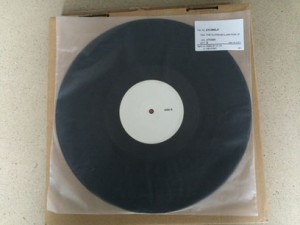 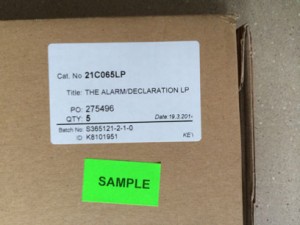 Manufacture of the actual ‘Red Vinyl’ LP’s has been taking place at the pressing plant in the Czech Republic and the response to the vinyl pressing was so well received that we are now planning for more Limited Edition Vinyl releases to go with future Mike Peters // Alarm recording projects.

The much anticipated ‘Peace Train’ album has recently been despatched to all.

At the last minute, The Peace Train track listing was expanded to 16 tracks and now features an additional version of Bells Of Rhymney.

‘Sad Bells Of Rhymney’ was a late addition to the album following the recent passing of composer Pete Seeger and features an updated lyric to complement that by original Welsh writer Idris Davies.  The new lyric by Welsh poet Patrick Jones (Brother of Manic Street Preacher’s Nick Wire), was commissioned by the BBC to commemorate the 50th anniversary of the first recording by iconic protest singer Pete Seeger, live at New York’s Carnegie Hall in 1957. The origins of the song can be traced back to the 1926 General Strike, when budding poet Idris Davies, then a miner living in Rhymney in Wales, vowed to educate himself and leave behind the life of toil and grime. ‘Sad Bells Of Rhymney’ was first sung by Mike Peters back in 2007 at St. David’s Church in Rhymney and again on the first ever Snowdon Rocks with Patrick Jones reading the new version alongside Mike’s version of the original. It has never been performed since until this special recording for ‘Peace Train’. 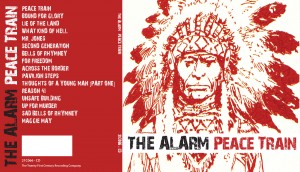 Peace Train is available to order here with a running order as follows: 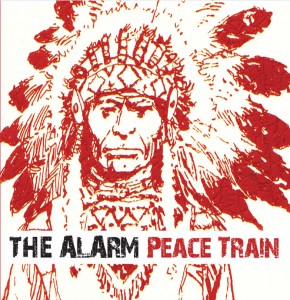 Thanks again from all of us here at www.thealarm.com and we hope you enjoy listening.