The tour features a three night (6 show) stand at the Iridium in New York plus dates in Philadelphia, Washington and a return to Glen Cove, Long Island with a September show at the Tupelo Music Hall in Londonderry, New Hampshire. 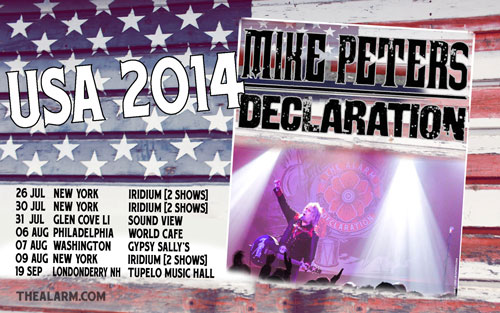 Mike Peters On Broadway @ The Iridum

Mike Peters will perform a very special and unique ‘3 Night Stand’ in New York at the legendary Iridium on Broadway. 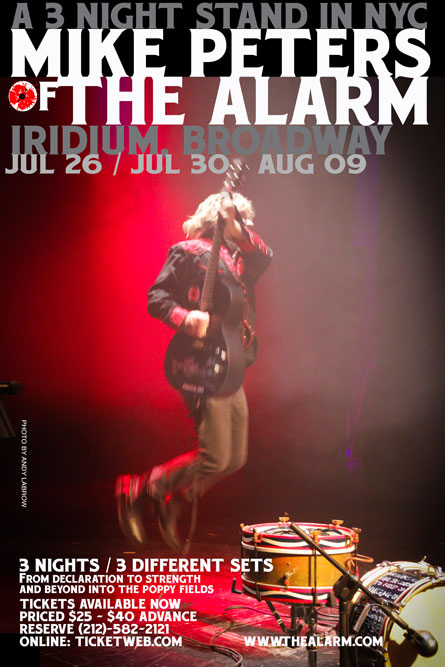