Mike Peters will make a return to the Sesiwn Fawr Festival in Dolgellau, Wales on Saturday July 19th 2014. 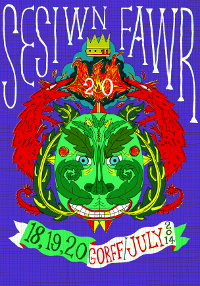 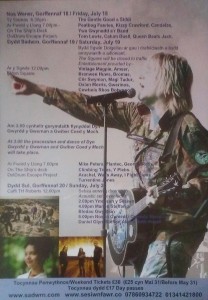 Sesiwn Fawr will be Mike Peters only festival appearance in the UK this summer prior to heading out to the USA for a 3 night (6 show) stand on Broadway, New York plus other dates on the Eastern seaboard.

Mike Peters first played at Sesiwn Fawr back in 1998 performing a set that was filmed for TV and broadcast on S4C. This recording formed the basis for the early Twenty First Century Recording Company release Live 2 ‘From A Broadcast’. Mike Peters and The Alarm also returned in 2002 to play a storming Session Fawr set alongside The Levellers. 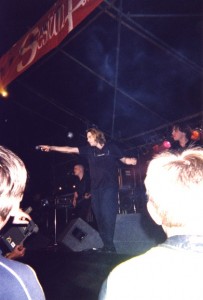 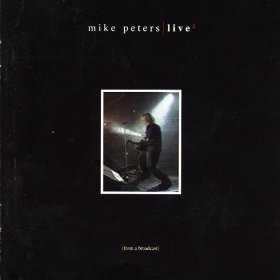 Dolgellau stands in the beautiful valley of the River Wnion at the foot of Cader Idris and within easy reach of the beautiful sands of Cardigan Bay. The town’s wonderful granite architecture is a majestic backdrop to this incredible music festival which is held on a large green site in the town. The festival, with its five diverse stages, offers a unique cultural mix of world rhythms and sounds.