To celebrate 30 years since The Alarm’s debut album, Mike Peters joins forces with the BBC National Orchestra of Wales to perform some of the band’s greatest songs.

The complete 90 minute programme will be broadcast exclusively as part of BBC Radio Wales Music Day this Friday evening at 9.00 PM BST.

It is anticipated that the programme will also be made available to listeners outside the UK here: 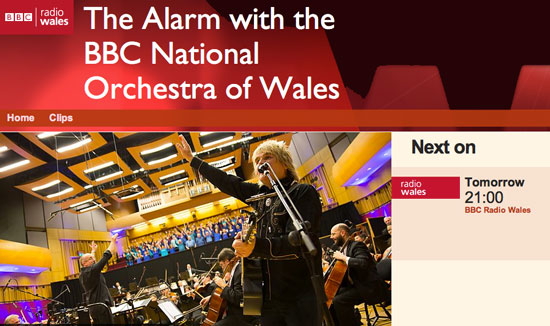 Mike Peters and the National Orchestra Of Wales were conducted throughout by arranger John Quirk and augmented by Smiley on drums and a full compliment of voices from Acquire. Anticipation for the broadcast has been growing ever since the release of footage made by U2 paying their respects to the work of Mike Peters and The Alarm was aired online.

Exclusive: U2 pay tribute to Mike Peters and The Alarm 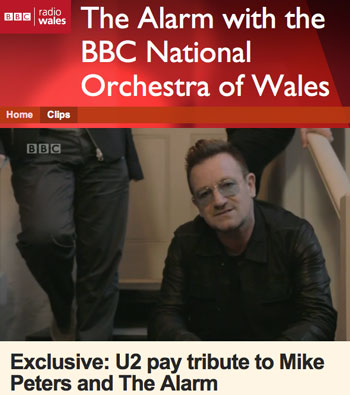 In 1983, The Alarm supported U2 on their War tour of the United States, the two front men, Bono and Mike Peters, have kept in touch ever since. To mark 30 years since the release of The Alarm’s debut album Declaration, Mike Peters and BBC National Orchestra Of Wales collaborated on a special concert for BBC Radio Wales Music Day 2014. All four members of U2 paid tribute to Mike and The Alarm in this exclusive video message. Introduced by Alan Thompson. 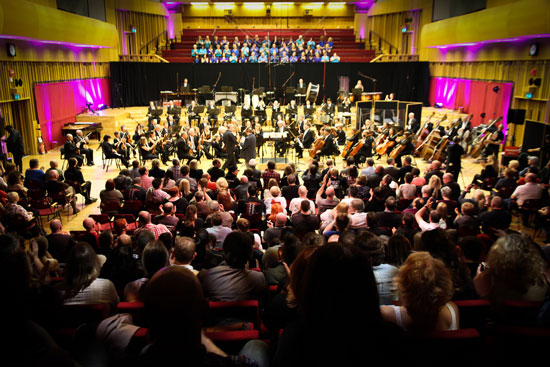