In recent weeks, we have had a lot of people enquiring about the new items that will be in the alarm.com store for this special time of year!!

Well, let’s start with the official UK DVD release of Man In The Camo Jacket by Kaleidoscope Pictures and distributed exclusively only at the alarm.com

This December, fans can watch the award winning movie about Mike Peters, The Alarm and Love Hope Strength (Directed by Russ Kendall), on a Special Collectors Edition DVD that features over 75 minutes of unseen material and special features. 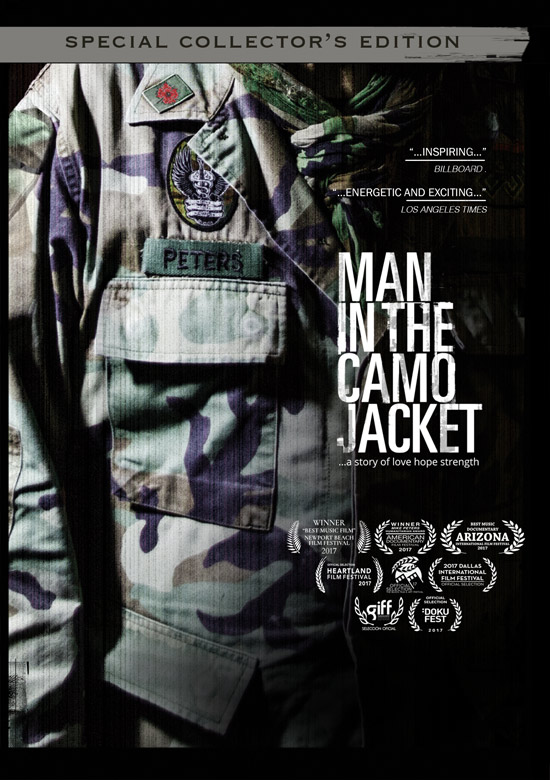 Also, in store, we are launching a stunning collection of silver ‘Alarm’ jewellery that has been created by USA artist, lead metalsmith and creative visionary, DeAnna Cochran.

The unique silver pendants feature designs based on the classic Alarm Logo from the 2015 Strength 30th Anniversary tour along with a representation of the iconic ‘Alarm Star’ Logo from the 2017 UK and US tours. Eagle eyed fans will have seen the pendants worn on stage throughout by both Mike and Jules Peters. More details can be found in thalarm.com store. 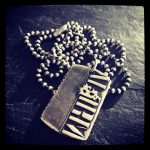 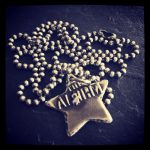 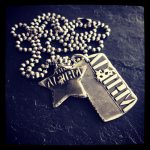 2017 has been a very creative year for Mike Peters and The Alarm, with the release of the first two phases of Blood Red Viral Black. Due to popular demand, 21st Century Records has created a ‘200 Edition’ vinyl set, that brings together both the Blood Red LP together with Viral Black.

Along with some newly commissioned art boards, each copy of the ‘200 Edition’ has been individually signed and numbered by Mike Peters. There is also a limited press of individual Blood Red and Viral Black albums available in store now.

On tour in the UK and USA,  a range of very popular tour shirts were produced, with some T shirts carrying tour dates that extend into 2018!  All of these are now on sale in the alarm.com store, alongside an entire range of additional ‘Alarm Apparel‘, including designs which have been exclusively commissioned to celebrate the new 30th Anniversary ‘Eye of The Hurricane’ era.

A winter season special offer featuring a 50% discount on a huge selection of Mike Peters and The Alarm DVD / CD titles is also available in the Special Offers section of The Alarm store, making this a great time to fill that hole in your Alarm DVD / Gathering Collection. This offer is open until December 22nd.

As ever, the Alarm Box Set Collection of the band’s creative output from the 1980’s continues to be a best seller, along with the opportunity to own a personalised Alarm lyric and / or personal dedication CD recorded, handwritten and signed by Mike Peters himself.

2018 is coming into view so fast that we are all starting to get the buzz for The Gathering at Venue Cymru, Llandudno, North Wales on February 2nd / 3rd and 4th,  so if you are still thinking of attending, now is a great time to buy those tickets as the event sells out in advance every year.

Overseas fans in the USA will be able to see Mike Peters and The Alarm at the US Gatherings in May and tickets for the NYC event are selling fast via ticketmaster only. Fans coming to the LA Gathering can get their tickets direct from the alarm store here.

“For the first time in forever”, European Alarm fans will also get to see the band in March 2018 with concerts in Germany, Belgium and Holland.  Tickets are available by following the links on the Alarm website frontage. The concert in Amsterdam has already completely SOLD OUT and we are expecting other SELL OUTS to follow, so please don’t delay in getting tickets while you still have time.

Tickets for the Irish dates in April and the UK Bank Holiday Weekenders including a special show at the O2 Forum in Kentish Town are all on sale at various ticket outlets now.

All of us at the alarm.com want to thank you for such incredible support throughout 2017. We have exciting news about Snowdon Rocks for June 23rd 2018 coming soon and also news of the launch of ‘Rock The Canyons’ in the USA for October 14th – 21st 2018.