Following an appearance on BBC Breakfast News, Mike Peters and The Alarm feature across a host of BBC Radio and TV programs this weekend (see below for transmission times)..

Mike and Jules Peters will also be ‘LIVE’ on The Alarm Central from 1900 UK time this evening discussing all the events of this unprecedented week. (The Alarm Central is free to watch live or via subscription for on demand).

Mike Peters will be revealing the contents of the History Repeating Box Set and CD along with a first look at the limited edtion Spirit Of ’58 Record Store Day EP and also discussing The Alarm’s upcoming 40th Anniversary UK tour for March / April 2022. 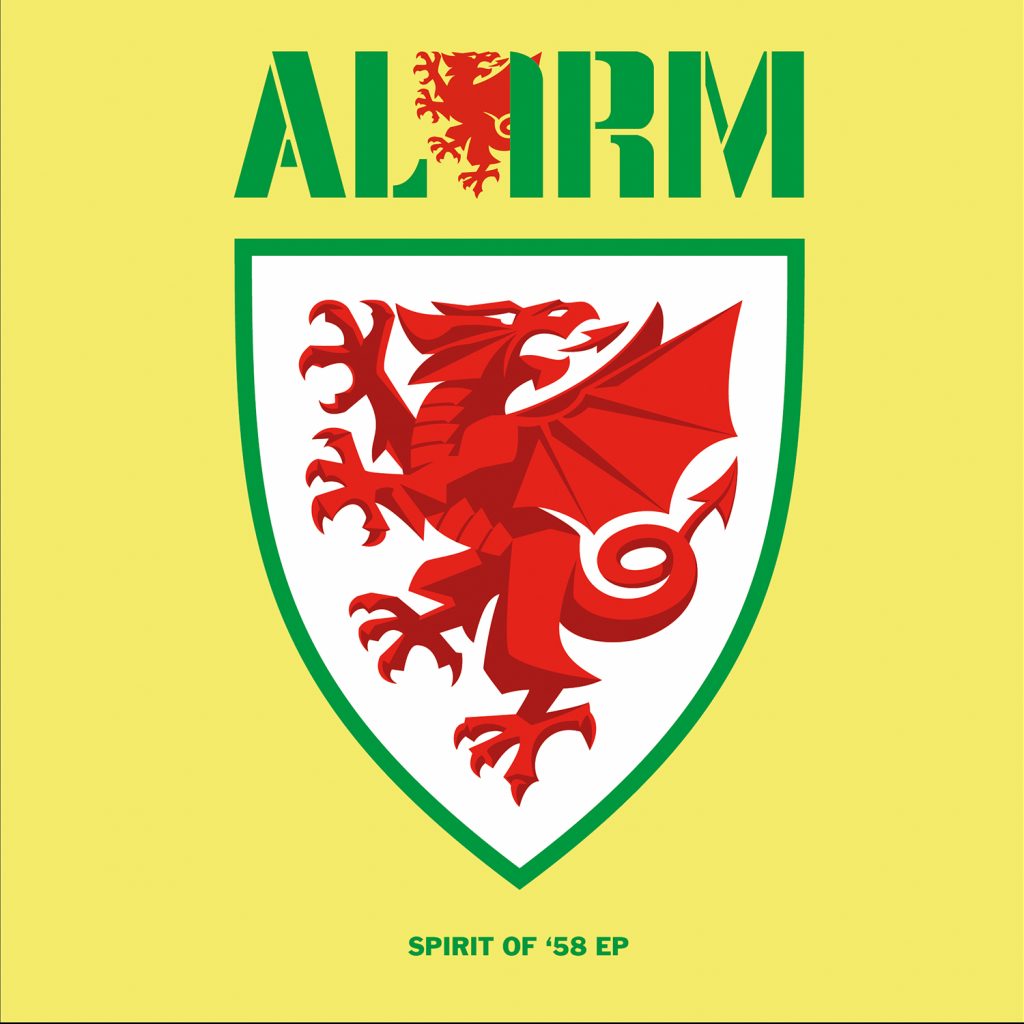 With The Alarm’s brand new official Wakes Euro song on heavy rotation on the BBC playlist the band are also set to release their limited edition Spirit of ‘58 EP this Saturday June 12th as part of Record Store Day 2021 which  coincides with Wales first fixture of the Euro 2020 Tournament when they face off against Switzerland at 2pm UK time.

The Spirit of ’58 EP is a limited edition 7″ Red Vinyl release that features the original demonstration recordings of Red Wall of Cymru, Red Dragon Tattoo and Spirit of ’58 (which is The Alarm’s classic Spirit of ’76 rewritten with a new  storyline centred around Wales first and to date, only appearance in a World Cup Final back in 1958). 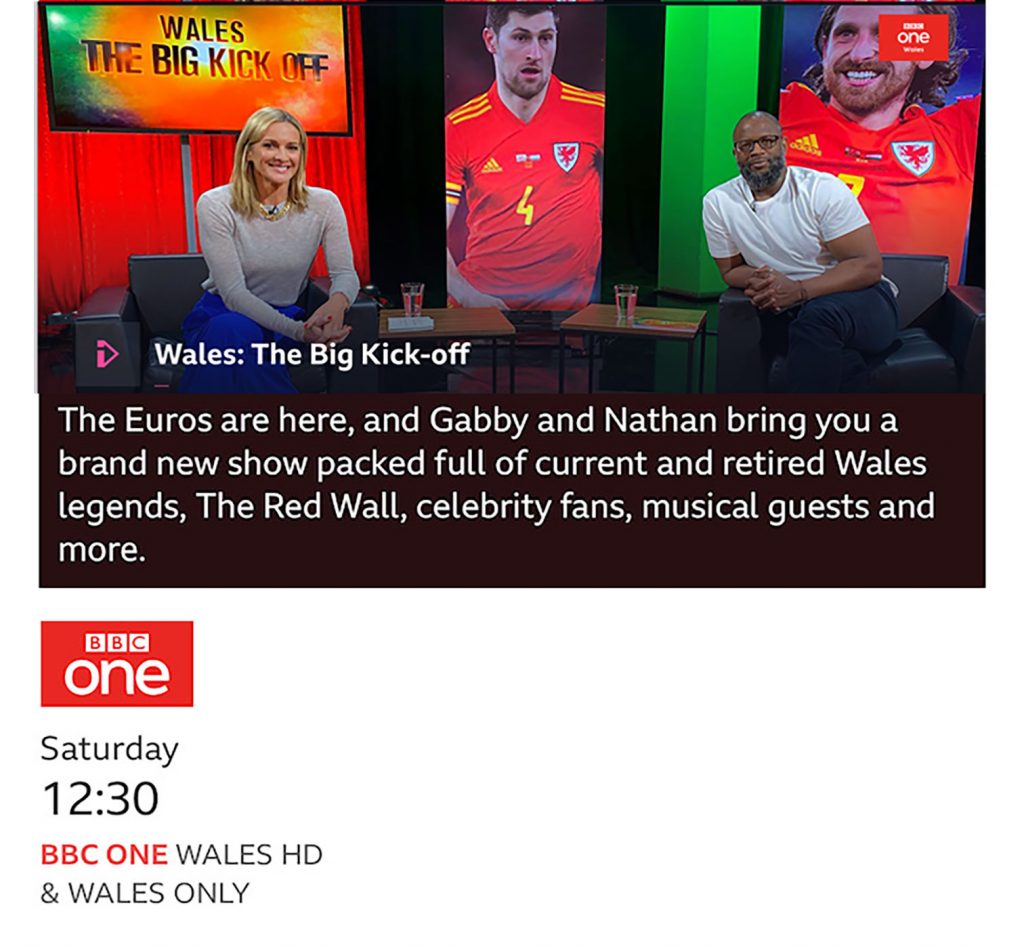 In the build up to the game, you can see The Alarm performing Red Wall of Cymru on BBC Wales Big Kick Off at 1230. The show is presented by Gabby Logan with a host of special guests. The Big Kick Off is also available to watch now on the BBC iPlayer.

This Saturday also sees the official broadcast of the BBC Radio Documentary – Red Wall of Cymru (28 mins.) which is presented by Mike Peters and takes listeners through the creative process of writing and recording the song for Wales and Euro 2020.

The band recently performed on the roof of the brand new BBC Wales Television Centre in Cardiff last Friday and you can see the filmed performance right now on the BBC Website.

The Red Wall of Cymru Radio Doc is available now on the BBC iplayer. 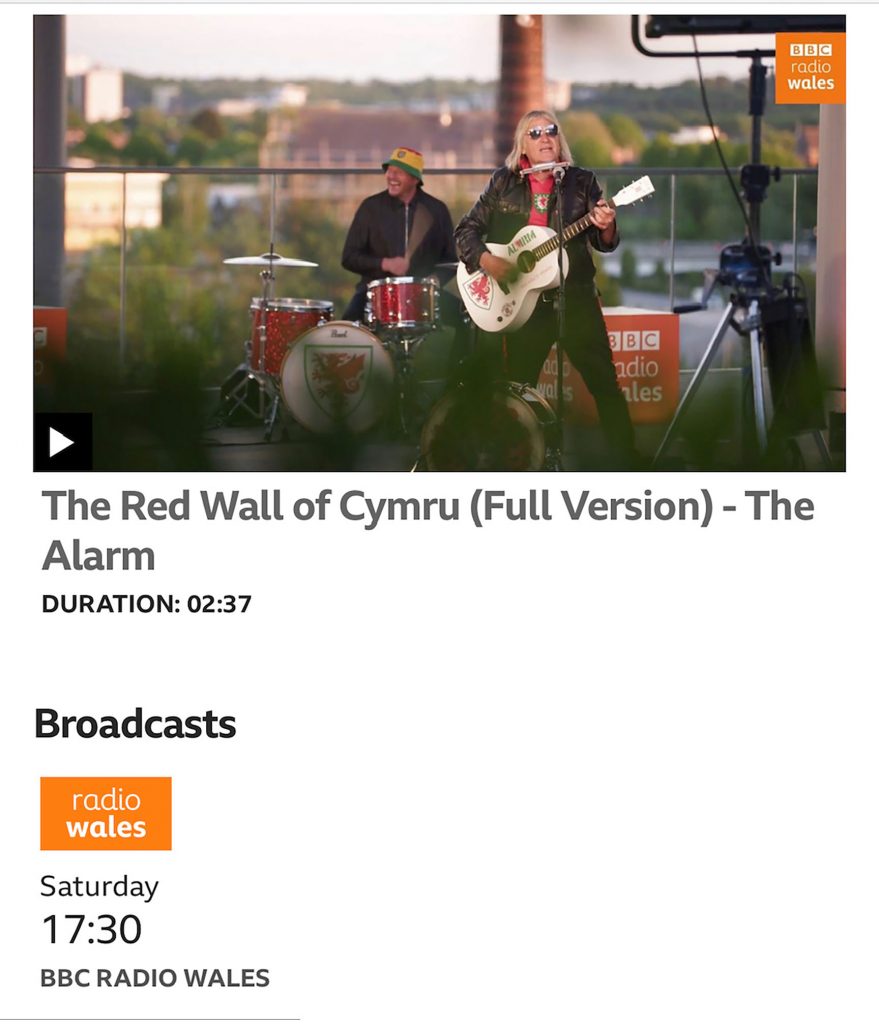