This weekend’s special edition Big Night In broadcast of OXY – The Musical plus 60 minute acoustic performance from The Alarm’s Mike Peters will begin at the earlier time of 1900 (UK Time).

Presented  by Jules Peters the Big Night In / Oxy – The Musical theatre style show will get underway at 1900 (UK Time) with pre-show interviews and chat from the principal writers and director, before the curtain goes up for the world premiere of OXY – The Musical at 1930 (UK Time).

This special show will be watched by music fans, theatre goers and viewers from all over the world with news of the broadcast  featuring on CNN in the USA and at all kinds of associated media outlets around the planet, including Billboard which also premiered a brand new video for ‘Irish Sea’ from Stream {Hurricane of Change}.

The show can be viewed live on The Alarm’s Official YouTube Channel at the following link enabling some home viewers to be able to enjoy the theatre experience on their Widescreen / Smart TV’s as well as through the usual computer, laptop, tablet, smartphone etc. (NB: The Mike Peters acoustic set at 2200 (UK Time), will only be available on the official alarm facebook page).

To locate OXY – The Musical on your Smart TV YouTube app, just type in the search OXY THE MUSICAL (see photo). 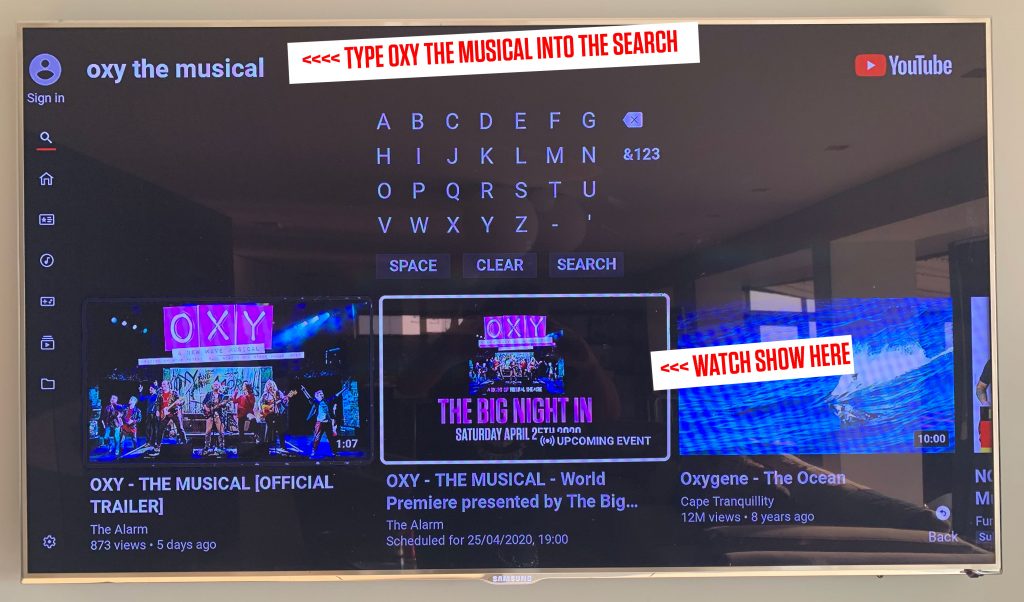 The show will be going out live on the official alarm facebook page and on The Alarm’s Official YouTube Channel at 1900 UK Time. 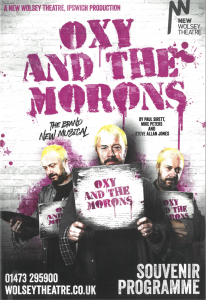 As well as asking all viewers to participate in this night of virtual theatre by dressing up for the occasion, and turning their front rooms into temporary theatres with pre-show dinner and drinks chilling in the fridge for the interval, we are inviting fans to download and print the official souvenir programme which is available from the original producing house – New Wolsey Theatre website here. 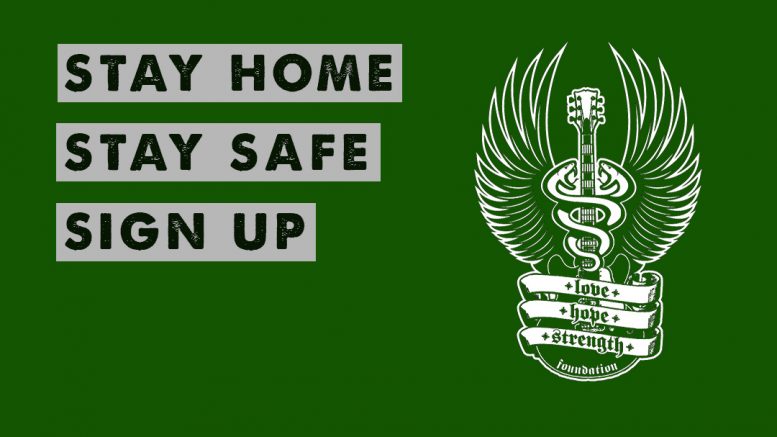 The production of OXY gives out a strong life saving, life affirming message and the show’s hosts and cast will be promoting the lifesaving message of Love Hope Strength,  encouraging viewers to sign up to the international bone marrow donor registry to potentially help save the lives of individuals (like Mike Peters and Andy / Oxy), who have Leukaemia and are in need of a second chance of life.

The original run of OXY actually found a real life saving match (thus turning Oxy – The Musical into a life saving production), and we are hoping to generate more potential life-savers through the on-line performance so, please visit www.lovehopestrength.co.uk and register to have a sign up donor kit sent to your home address by our registration partners DKMS.

A few seconds of your life could give someone the rest of theirs! 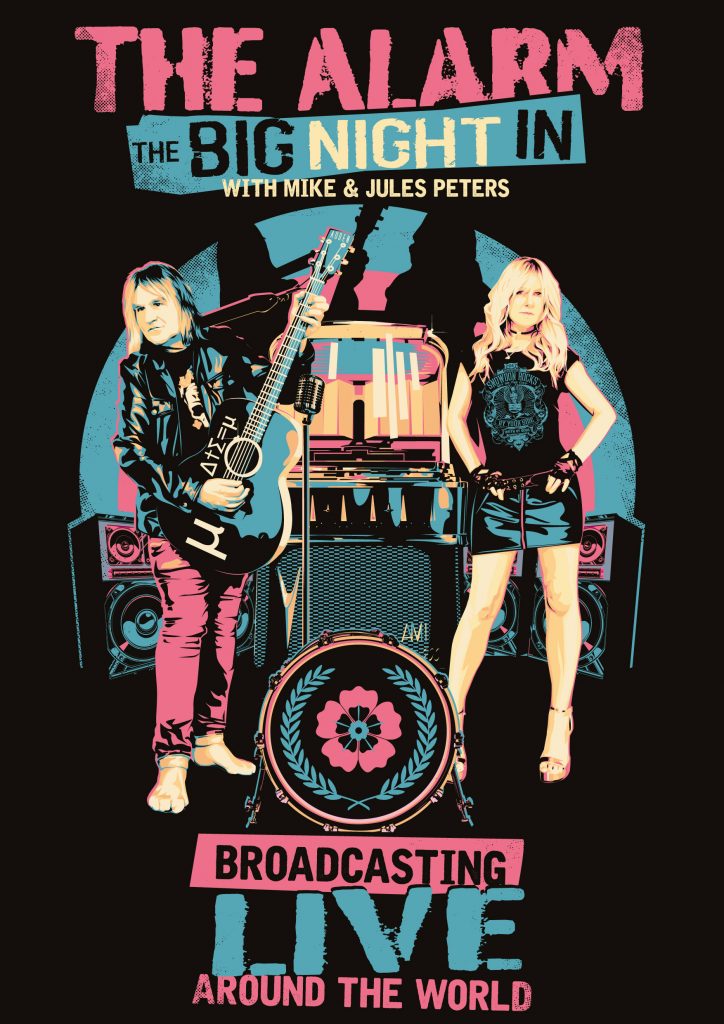 JOIN US THIS SATURDAY for THE BIG NIGHT IN  live on the official alarm facebook page and on The Alarm’s Official YouTube Channel from 1900 UK Time.