News Feed
The Alarm are proud to announce the release of Strength – Live ’85 via all music streaming and download services. 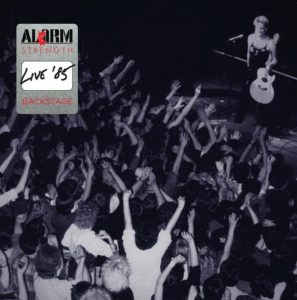 Strength – Live ’85 was originally released as a limited edition vinyl album during last year’s Record Store Day and SOLD OUT immediately. The album was always scheduled for wider availability this year however, and we have decided to continue with the online release as we would have been celebrating Record Store Day April 18th at New York’s Sony Hall (which has now been put back to June 20th 2020 to coincide with the new RSD 2020 date to coincide and the release of the limited edition vinyl album Celtic Folklore Live.

Strength Live ’85 is classic recording of The Alarm in concert from Boston Orpheum on November 9th 1985 during the Strength Tour, features 21 performances (16 of which have never been released before in any form whatsoever).

Strength Live ’85 features the unedited ‘raw’ mix of the show as performed on the night without the Dave Sharp guitar overdubs that were recorded during the Yamaha Studio session to enhance the tracks released as B-sides on the Spirit Of ’76 single release and also the version of ‘Howling Wind’ released via the IRS Records ‘Live For Life’ compilation album (these addtional mixes can be heard as part of the Strength 1985-1986 digital album release).

The Alarm – Strength 1985-1986 is currently available in our online store with free postage and a bonus In Session CD throughout the current global lockdown period. Please use the code: LOCKDOWN at checkout.

“Bootleg tapes of the original radio broadcast have circulated amongst fans for years, but this release with a fully mixed and ‘approved by the band’ master tape release is something that collectors have longed for ever since those first few live b-sides were released in 1986.”, says Mike Peters. “The original broadcast was good but remixed a month or so later by our sound man Nigel Luby, it really does capture the essence of the original band at it’s most powerful. Dave Sharp’s guitar playing was so good at this point and his presence on stage such, that as a front man he was really giving me a run for my money and pushing us all to give everything we had. Our drummer Nigel Twist was on fire during this gig, and you can hear in his drumming that he was the engine room of all the great early Alarm performances. Eddie Macdonald was there in the background adding flourishes of musical brilliance be it on, bass, electric guitar and E-bow and of course such passionate backing vocals. Interestingly,  there are a few things that a band might not get away with in this day and age, especially the sound of First World War gunfire during Third Light, which if approached in this way today, might have people running for cover. On this release, there are no overdubs or anything like that added, just the band and an incredibly passionate audience, the pure unadulterated sound of The Alarm Live ’85”.

Introduction by Carter Alan of WBCN
Majority
Where Were You Hiding When The Storm Broke?
Knife Edge
Dawn Chorus
The Day The Ravens Left The Tower
Deeside
One Step Closer To Home
Third Light
Absolute Reality
Walk Forever By My Side
Howling Wind
Spirit Of ’76
Blaze Of Glory
Strength
Sixty Eight Guns
Declaration / Marching On
The Chant Has Just Begun
The Stand
This Train Is Bound For Glory
Knocking On Heaven’s Door 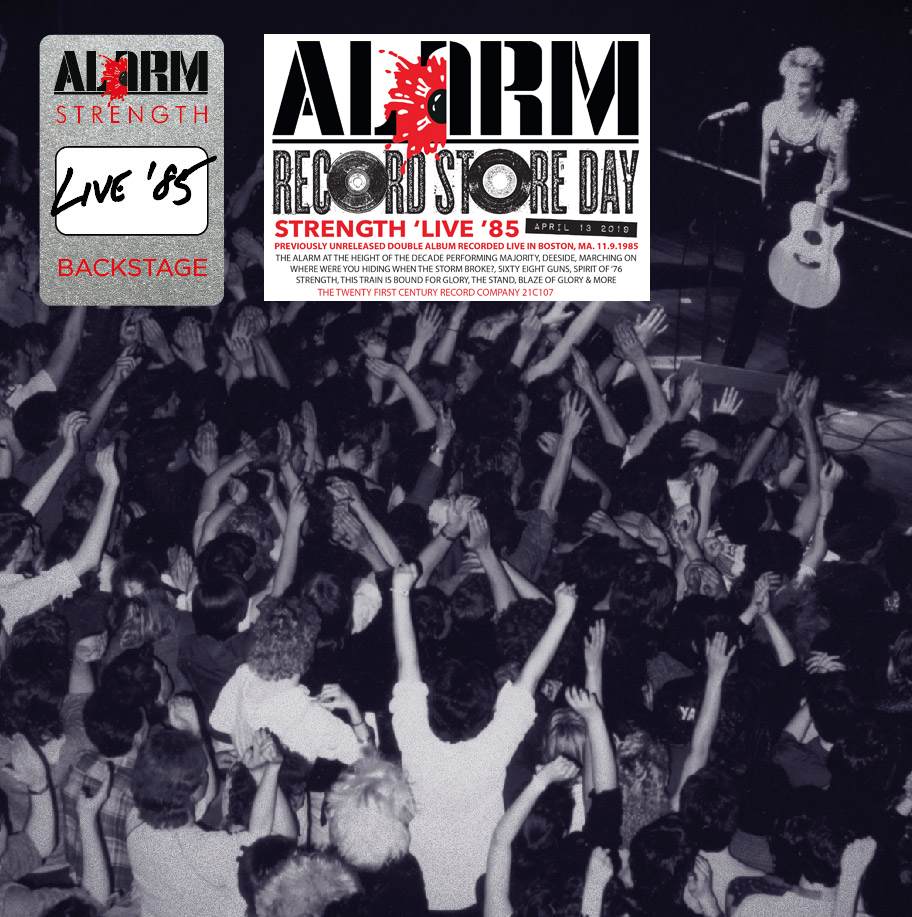