Thirty years ago, the Michael Peters Organisation (MPO) was born and a direct line of communication between the fans and artist was established.

Nobody really knew it back then, but it was the beginnings of the way Mike Peters and The Alarm would consistently interact with their audience and release music, all the way through the remainder of the 21st Century and beyond, into this new era.

Today, I am pleased to inform you all of the next phase of our direct way of sharing music and information by announcing the launch of THE ALARM CENTRAL. 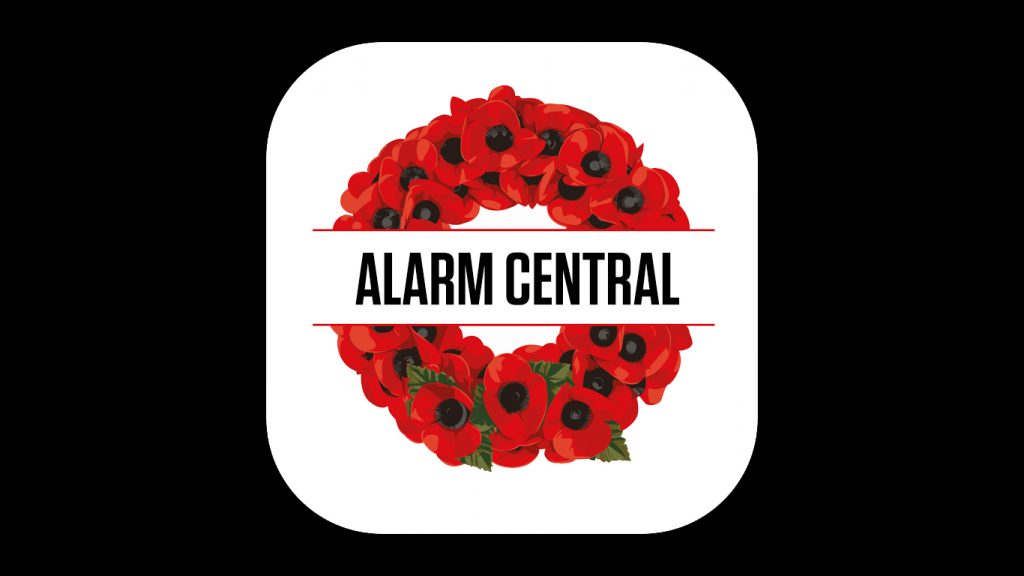 THE ALARM CENTRAL is a brand new platform that will create a unique new way of interaction and form a one stop destination for all things Mike Peters and The Alarm.

Once, there was The Alarm Fan Club, then came the MPO and the open phone line, which in turn, led us to the internet and the Alarm website, followed by Facebook, You tube, Twitter, Instagram and other forms of social media. Now, in 2021, comes The Alarm CENTRAL.

I truly believe this new platform – THE ALARM CENTRAL will allow us all to come together in a place where I can share my intimate knowledge and vast personal archive, of all things related to The Alarm and my musical career – past, present and future.

When I started creating my original scrapbook back in 1975 and my musical journey was beginning, little did I realise how it would turn into a Chapel full of memorabilia and a studio filled with musical memories and space for new creation. The Alarm CENTRAL will be a new destination, where I can share everything I have collected and ultimately pass on all of the knowledge that I have stored up since the beginning.

I have never been one for over-sharing personally and directly on Twitter, Instagram, Facebook etc. as it all felt too disconnected from who I am as a person. The Alarm CENTRAL is a safe space that allows me the freedom and control to communicate directly with friends, supporters, fans and allies who care as much about The Alarm’s music and history as I do.

The Alarm CENTRAL will also be the future home for the BIG NIGHT IN, which will be transmitting again on the night of February 27th, in a special interactive event celebrating the release of WAR¯ by THE ALARM.

The new album WAR¯ by THE ALARM will also be playing digitally inside THE ALARM CENTRAL from February 26th, along with a chance to see the published lyrics for the very first time. The Alarm CENTRAL will be open for viewing on February 25th (my Birthday), with the the first ever worldwide screening of The White Count – a film which documents the creation of the Alarm’s recent albums Blood Red, Viral Black, Equals and Sigma.

The Alarm CENTRAL allows for positive and open communication through The Alarm Fan Wall and access to some exclusive ‘digitally out of print’ Alarm albums such as ‘Under Attack’, ‘Guerilla Tactics’ and ‘In The Poppy Fields Collected Works’.

Over the course of the coming months and years, everything The Alarm has ever recorded and every single one of the (now over 120 titles) on the Twenty First Century Recording Company label, will be made available for subscribers to listen to at their leisure..

I don’t think there is a record store in the world that could cope with stocking all our official and unofficial titles but The Alarm Central will become the most amazing Alarm record store on the planet, ultimately populated by all the music I have ever been involved with creating.

In time, it can become home for the bootleg tapes and mixing board recordings I have collected. A place for outtakes and demos, plus all the official cornerstone album releases, starting from before Declaration and continuing after WAR and all points in between.

The Big Night In will be broadcasting weekly again from July 1st and will endeavour to tell this incredible story through the voices of those who were there with me at all the important milestones.

The Alarm Central will be the only place where this will be seen, with fans being able to post their own stories, and recollections as the story is told throughout 2021 and beyond deeper into The Alarm’s 40th Anniversary year – which begins with the release of History Repeating on June 4th.

All annual subscribers will receive a Welcome Gift in the form of an exclusive Alarm CD that features a studio recording of the Alarm’s Vans Warped Tour Set from 2017.

This is an incredible recording that takes listeners from Marching On to Two Rivers in one exhilarating non-stop 35 minutes of high energy rock music, recorded to make sure we had a dynamic and ultra tight set that would connect The Alarm to a brand new audience. I have always wanted the recording to be released. The Alarm Central allows me to do just that!

Access to The Alarm Central is available to all (even those without a subscription), allowing fans to always see the latest Live Streams, find the latest news, ticket and tour date information and more.

The Alarm Central will be available to view from February 25th 2021 with the online premiere of The White Count and more.

Welcome to a new chapter in Alarm History.