The Big Night In S2 E4 goes to the BBC special presentation celebrating the history of Mike Peters and The Alarm at this most hallowed of institutions – The Brtish Broadcasting Corporation (BBC) is available to view now also.

Some of the most treasured moments in Alarm history have played out in front of the BBC Cameras, and Mike and Jules take viewers through some of those highlights on a memorable journey back through The Alarm’s BBC archive.

Along the way there are songs from Mike Peters live at the Jukebox stage.

This timely edition of the Big Night In also coincides with the BBC re-broadcasting the powerful documentary Jules Peters – My Cancer Journey and the Mike Peters and The Alarm at the 25th Anniversary Gathering which was shot in 2017.

Both programmes are available to view on the BBC iPlayer.

The Big Night In S2 E4 – The Alarm at the BBC can be viewed on The Alarm’s official YouTube channel.

Music will keep us strong! 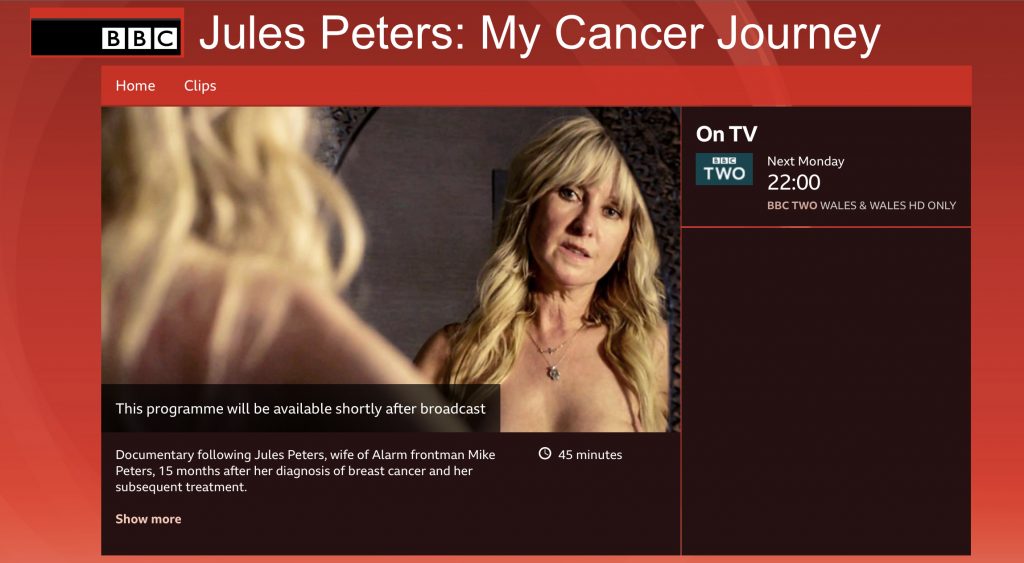 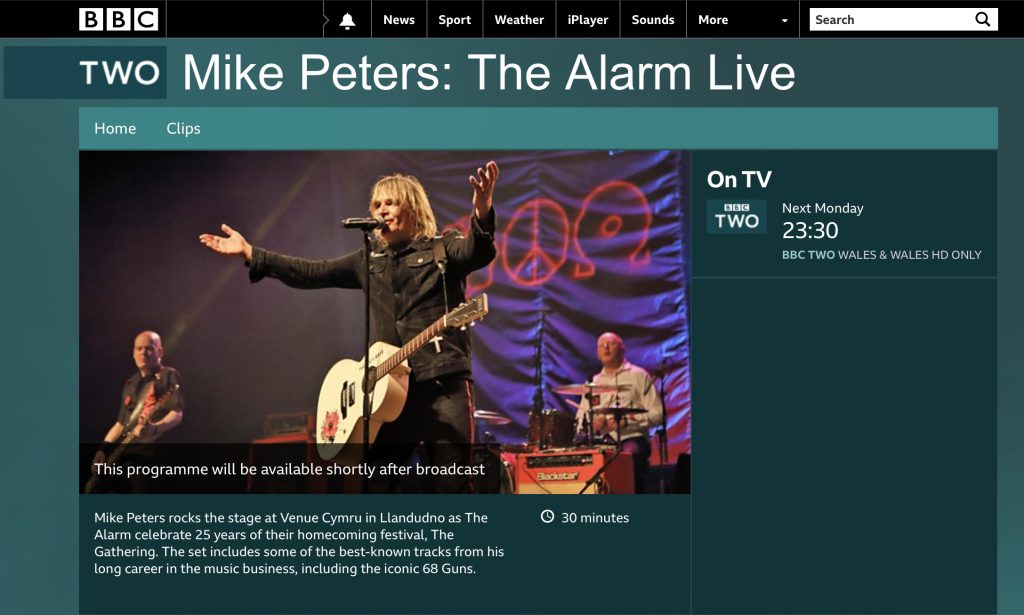