The Alarm ‘Spirit Of 76’
Anniversary Concerts

Both Shows are now Sold Out! 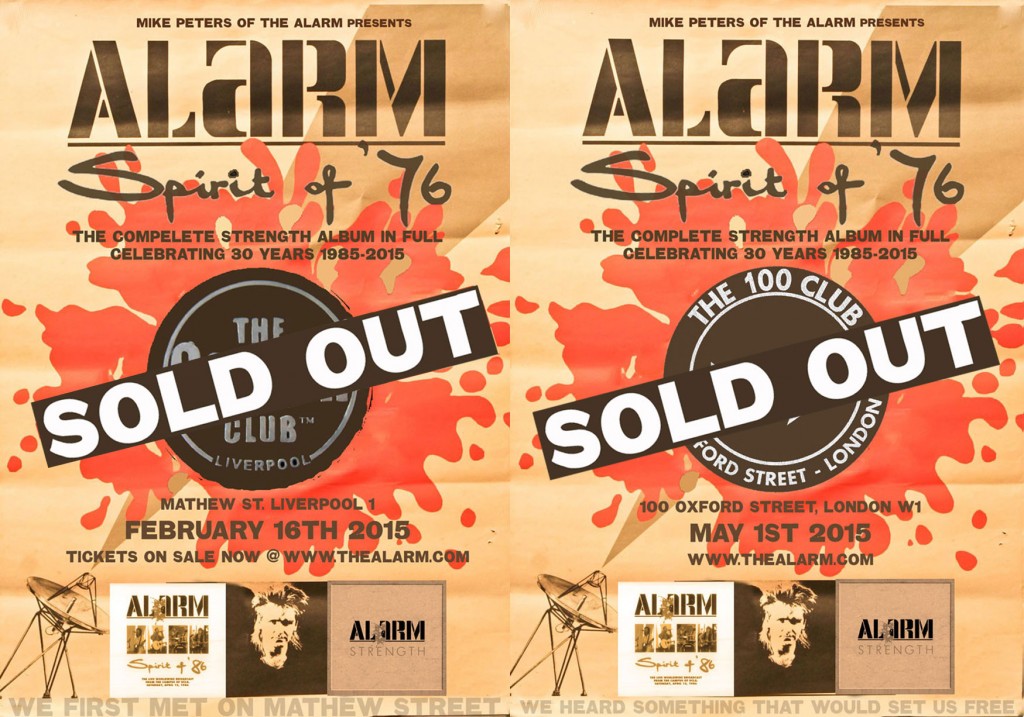 Following on from the hugely popular ‘Declaration Tour 2014’, Mike Peters one man band ‘Alarm’ concept presents two special ‘Spirit Of ’76 concerts for 2015, at two landmark rock and roll venues The Cavern Club in Liverpool (SOLD OUT) and the 100 Club, London (SOLD OUT). Both venues are evoked in the ‘Spirit Of ’76’s autobiographical lyric which celebrates it’s 30th anniversary since first being written in 1985. “We first met on Mathew Street and we heard something that would set us free”

The Cavern Club is significant because it was here on ‘Mathew Street’, Liverpool where The Beatles began their career and also where a young Mike Peters started his own music endeavours at Eric’s club opposite, (situated below The Beatles ‘Four Lads Who Shook The World‘ memorial), playing with The Clash, Buzzcocks and Siouxsie and The Banshees who all found infamy at the legendary 1976 Punk Rock Festival at the 100 club in London, the epicentre for the shock waves that reverberated around the world leaving an indelible mark on impressionable teenagers like Mike Peters who would form The Alarm as a direct result of Punk’s original calling as eulogised in the ‘Spirit Of ’76’.

‘Mike Peters presents The Alarm – The Spirit Of ’76’ concerts will each feature a set list based on The Alarm’s Spirit Of ’86 concert from UCLA, California (12th April 1986 – which celebrates its 30th Anniversary in April 2016), alongside a full performance of every song from ‘Strength.

Both concerts are now Sold Out! Thankyou for your support.