OXY AND THE MORONS is the brand new punk musical written by Mike Peters, Paul Sirett and Steve Allan Jones.

Tickets for all performances are on sale now direct from the New Wolsey Box Office and if you act quickly, seats in the first two rows for each performance are on sale for a limited period at the punk price of £10 on a first come first served basis. Get your OXY AND THE MORONS Tickets Here.

This first run of OXY AND THE MORONS will also coincide with The Alarm’s October UK Tour and particularly the show at Norwich Waterfront on October 18th, which is close enough to Ipswich (44 Miles / Trains running every 30 mins), allowing fans to attend either the Tuesday October 17th evening ‘PRESS NIGHT’ performance of OXY AND THE MORONS (with Mike Peters in attendance), and / or the October 18th matinee performance at 14:30 before heading to Norwich to catch Mike Peters and The Alarm in concert at The Norwich Waterfront (Tickets in sale this Wednesday at 9.00 AM).

When a routine check-up leads to a startling diagnosis, Andy decides it’s time to put the band back together, to crank up the amps, and party like its 1978! Why not re-form the legendary Oxy & the Morons, who burned fiercely before exploding in a riot of rivalry, jealousy and bitter betrayal? Andy’s mission involves twisting arms, healing wounds and putting his family and friendships back together. But can that punk spirit of DIY defiance be-rekindled over thirty years later? Can you still pogo when your knees go? Will they play their trademark punk take of It’s Not Unusual as an encore?

This brand new musical is fast, furious and very funny. Written by Mike Peters (The Alarm), Paul Sirett (Reasons to be Cheerful, Mods and Rox) and Steve Allan Jones, with a machine gun playlist of original songs, this affectionate look back at the days of teen spirit suggest we could all do with some of that garage band power right now.

Get your OXY AND THE MORONS Tickets Here. 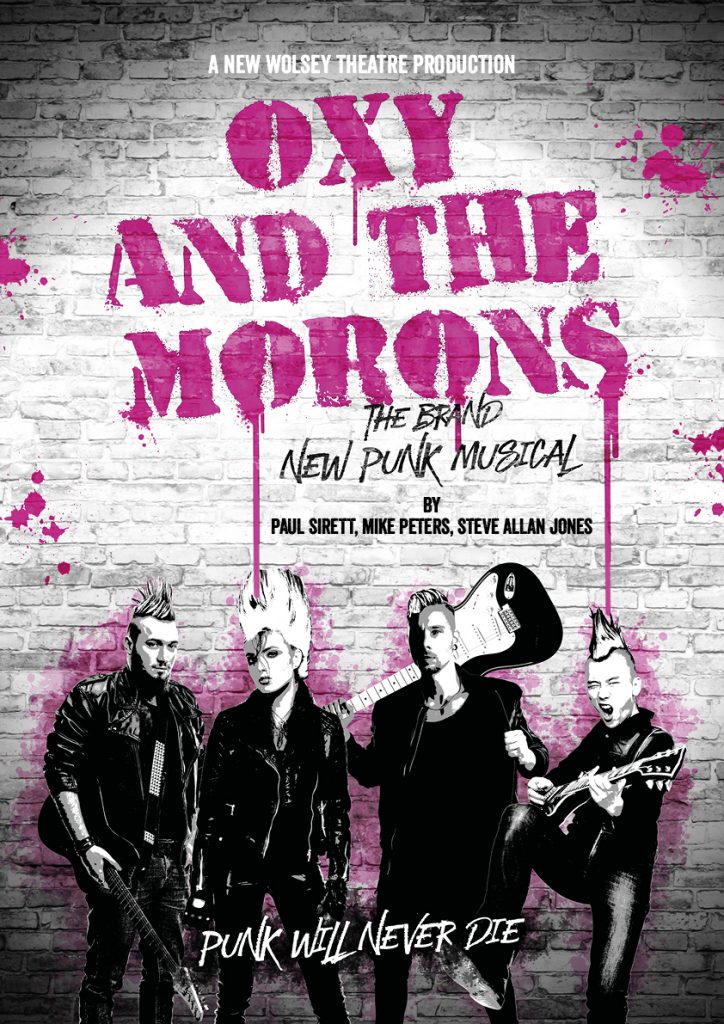