NB: All original tickets for both these completely SOLD OUT events will remain valid for the new dates.

The new date for St. David’s Hall, Cardiff (one of the fastest selling shows in the band’s history), will allow fans to see Mike Peters and The Alarm in concert for the first time in almost 2 years.
“Imagine the feeling when the house lights go down and together we all get to participate in a Gathering and experience The Alarm’s music live on stage after nearly two years silent “says Mike Peters. “We have all waited patiently to see if government protocols would allow the original Gathering show dates to continue but unfortunately, time and the pandemic have worked against us. The promoters have worked hard to secure new dates for January  2022 (which now takes us back to a more familiar Gathering time), and given all we have been through together this past two years, January 2022 allows us to not only celebrate The Alarm’s 40th Anniversary, but also to give thanks for the life and freedom we will hopefully have attained by then. I have a feeling that it’s going to be the greatest Gathering ever! Bring it on.”

As the January 21st 2022 show is already SOLD OUT, fans who would like to be included on St. David’s Hall ticket waiting list for returns / production seat releases should phone the venue direct: Tel: 029 2087 8444

Fans who would like to be placed on a waiting list for Rhyl Town Hall should email: alarmcalling@mac.com 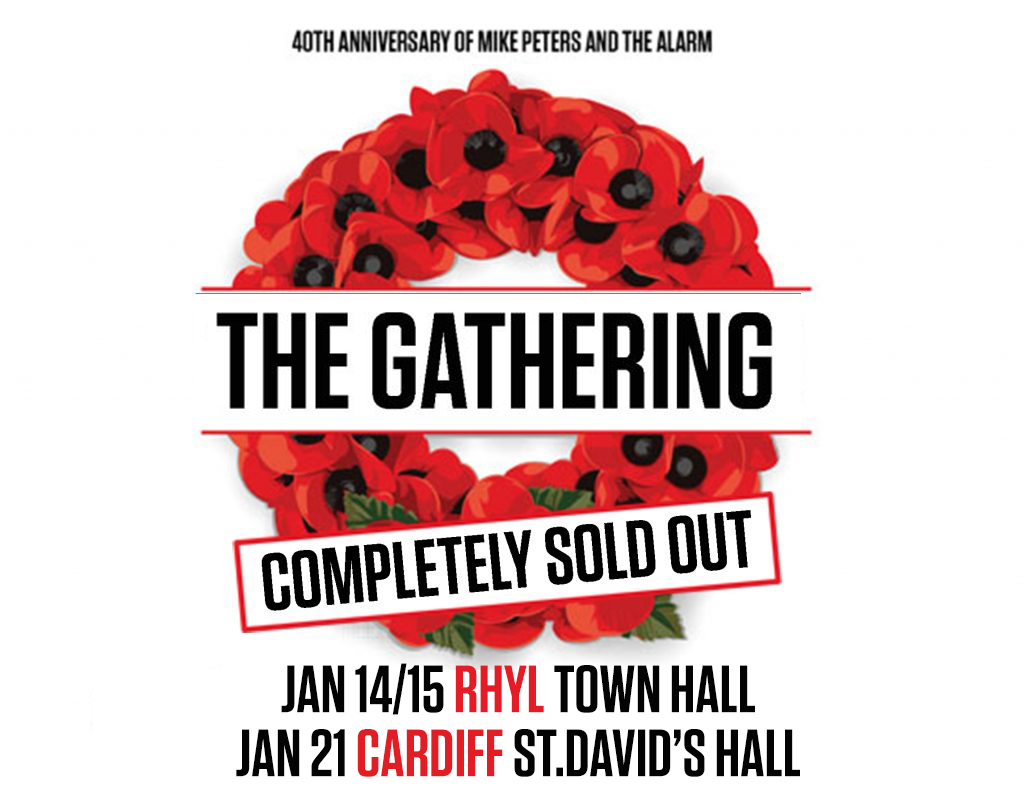 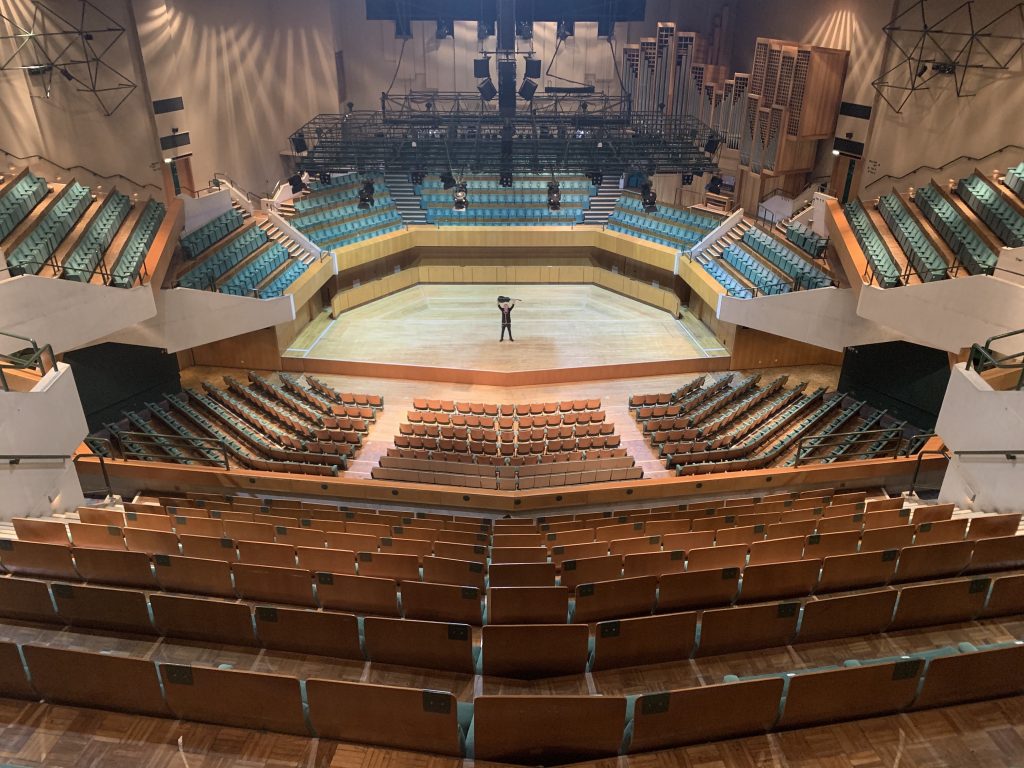 On Friday January 14th and Saturday January 15th 2022, The Gathering 2021 40th Anniversary Celebration will begin with a SOLD OUT event in Mike Peters’ hometown of Rhyl at the Town Hall (location of the first ever Gathering back in December 1992), with an intimate up close and personal acoustic celebration of all four decades of Alarm music-making and song-writing.

The Gathering 2022 Rhyl Weekend [SOLD OUT], will feature all the popular Gathering activities including the Saturday afternoon convention and after-show party. 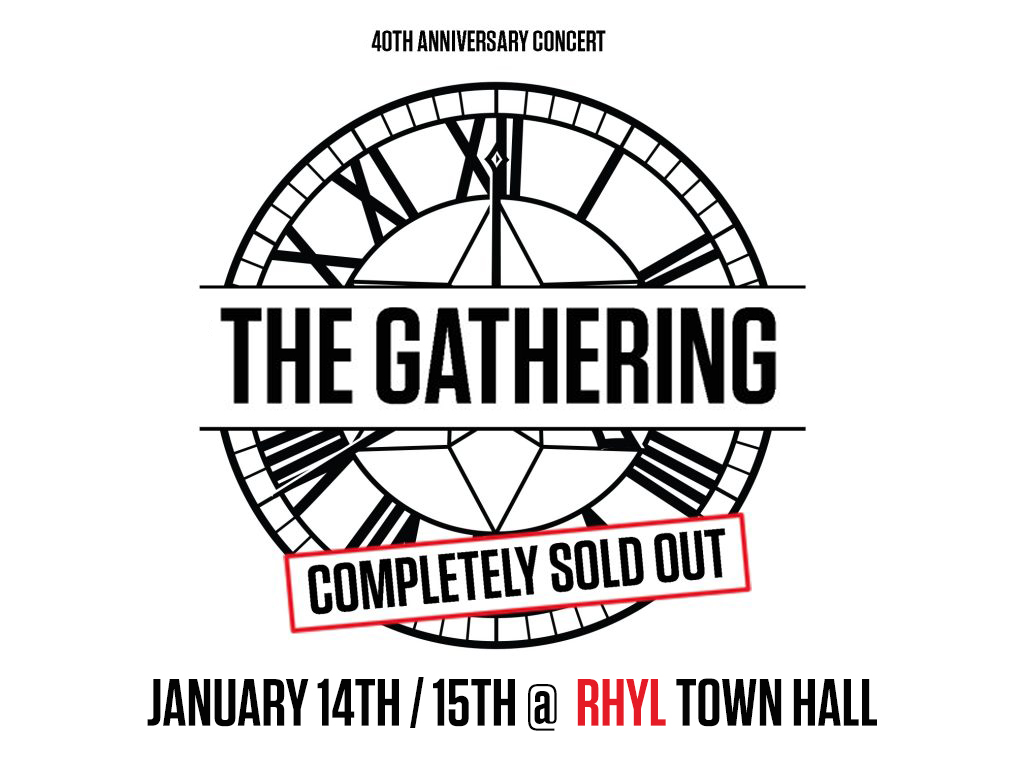 On the morning of Sunday May 23rd, Mike Peters will then take The Gathering 2021 two miles along the coast to Prestatyn, to perform at the Royal Victoria Hotel [SOLD OUT], and recreate the set list as performed by The Alarm when they made their very first ever live appearance at ‘The Vic’, on June 5th 1981. The event will also feature the unveiling of an official Memorial Blue Plaque celebrating the true birthplace of The Alarm.

The finale of The Gathering will then take place at St. David’s Hall, Cardiff on Friday January 21st when Mike Peters and The Alarm will perform the ultimate 40th Anniversary Concert at this historic venue which is ranked as one of the top ten best sounding theatres in the world.

THE GATHERING – January 21st 2022 at St. David’s Hall
Celebrating the 40th Anniversary of Mike Peters and The Alarm is COMPLETELY SOLD OUT