All Alarm fans will have a chance to win one of the six very special collectors item discs by either, taking a photograph wearing their favourite Alarm T-Shirt and posting it online during the day at Facebook / Twitter / Instagram (using hashtag #RSD18 and / or #RSD18THEALARM), which will then be picked up by thealarm.com and entered into a lottery that will be drawn by Mike Peters, with the winner being announced at the end of the day on April 21st.

The other chance to win one of the special records is by getting along to one of the locations where Mike Peters will be performing during the 24 Hour Transatlantic Tour including at The Listening Party (Sold Out), in Newport.

One of the unique 7″ singles will also be made available from the morning of Record Store Day April 21st at the following locations – Diverse Music, Newport, Rough Trade East in London, Looney Tunes, Babylon, New York and at Fingerprints Records in Long Beach, California. Details of how you can potentially become the lucky owner / winner of one of these super special recordings at these participating record stores will be released via the alarm.com over the course of the next few days. 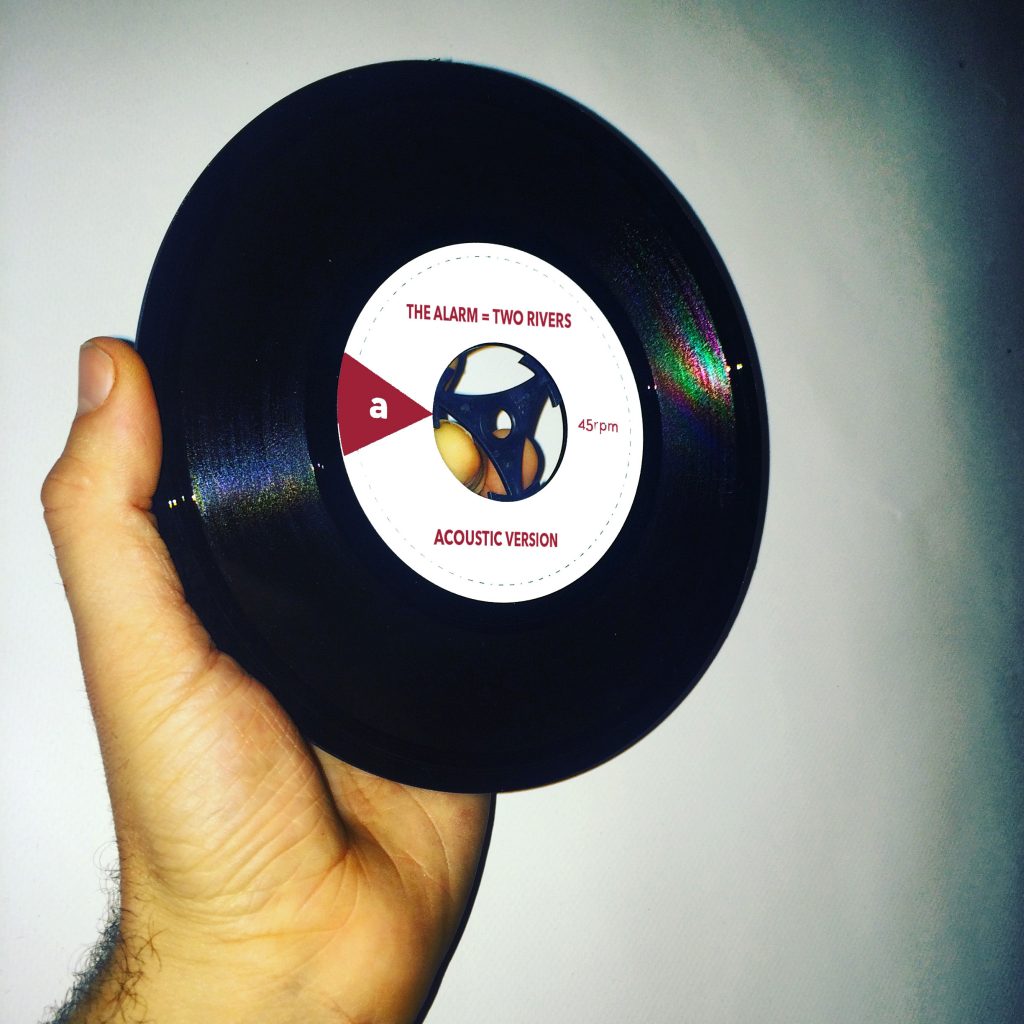 Where The Two Rivers Meet Extended Play is to be released worldwide exclusively at Record Store Day participating shops on Saturday April 21st, and features an ‘electric’ and ‘acoustic’ side and is the prelude to a brand new album release scheduled for June 29th 2018.

Where The Two Rivers Meet Extended Play features an incredible collaboration with The Cult / Coloursøund guitarist – Billy Duffy on the brand new song Blood Red Viral Black. There are 8 songs in total including a new recording / mix of live favourite Two Rivers coupled with Transatlantic, The White Count and Year One  which runs at 8.55 minutes in length, making it the longest song in Alarm history (Only two of the eight tracks will appear on the forthcoming album).

The original artwork was conceived by Mike Peters and Daniel Shearn and features a spot varnish cover image with full colour inner sleeve. 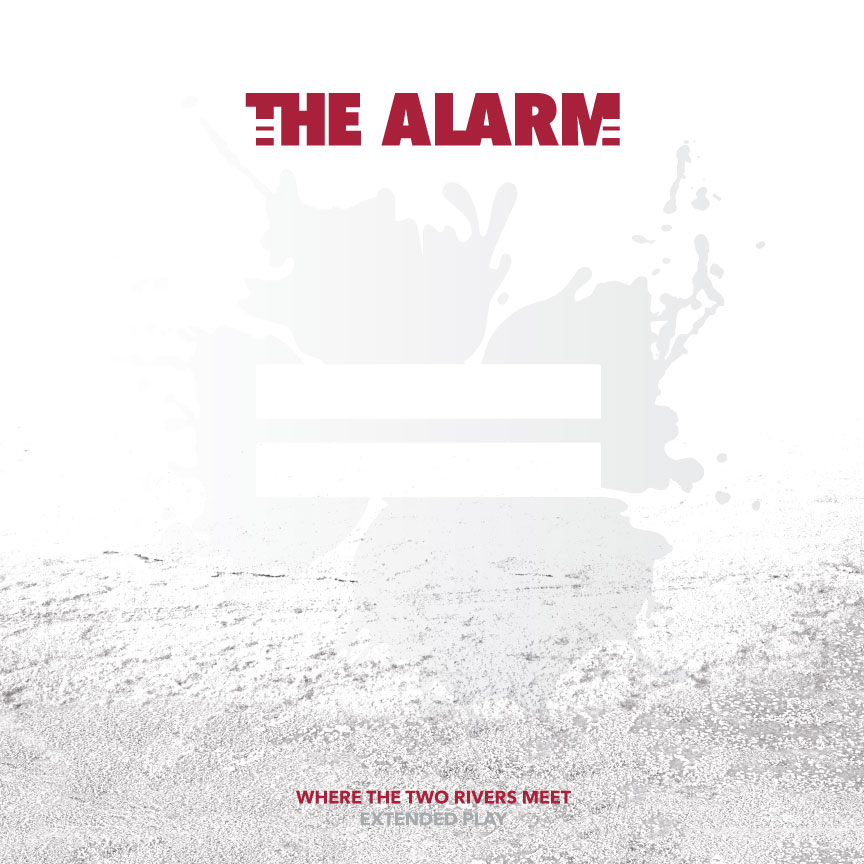 The complete track listing of Where The Two Rivers Meet Extended Play is as follows:

The Alarm = Where The Two Rivers Meet Extended Play 8 Track mini album is a prelude to a brand new Alarm album that is being released on June 29th 2018.