THEALARM.COM is delighted to announce that MIKE PETERS will perform an acoustic set as special guest prior to EDDIE MACDONALD and SMALLTOWN GLORY debut live performance at The Blackheart in Camden Town, London on Sunday November 24th 2019.

“In what promises to be a night to savour,” says Eddie, “I am pleased to announce that Mike Peters will be joining us as special guest for Smalltown Glory’s debut gig. We spent many years touring the world together during our time in The Alarm, so it’s great to be on the same stage again. This will be a special night.’

“It was great to catch up with Eddie in the Summer at the Bob Dylan/Neil Young concert at Hyde Park,” says Mike. “I could feel the excitement that Eddie had for his new music and upcoming concert with Smalltown Glory, so I’m delighted to attend and support Eddie’s new musical adventure. It’s going to be exciting to see Eddie on stage, singing lead vocals again. I’ll be travelling down from the Hurricane of Change tour in Perth, Scotland, and look forward to seeing all the Alarm fans in London.  Before Smalltown Glory take to the stage,  I’ll be performing a guest acoustic set, and look forward to Macdonald / Peters being under the same musical roof together. It’s been some time! Who knows what will happen on the night!” 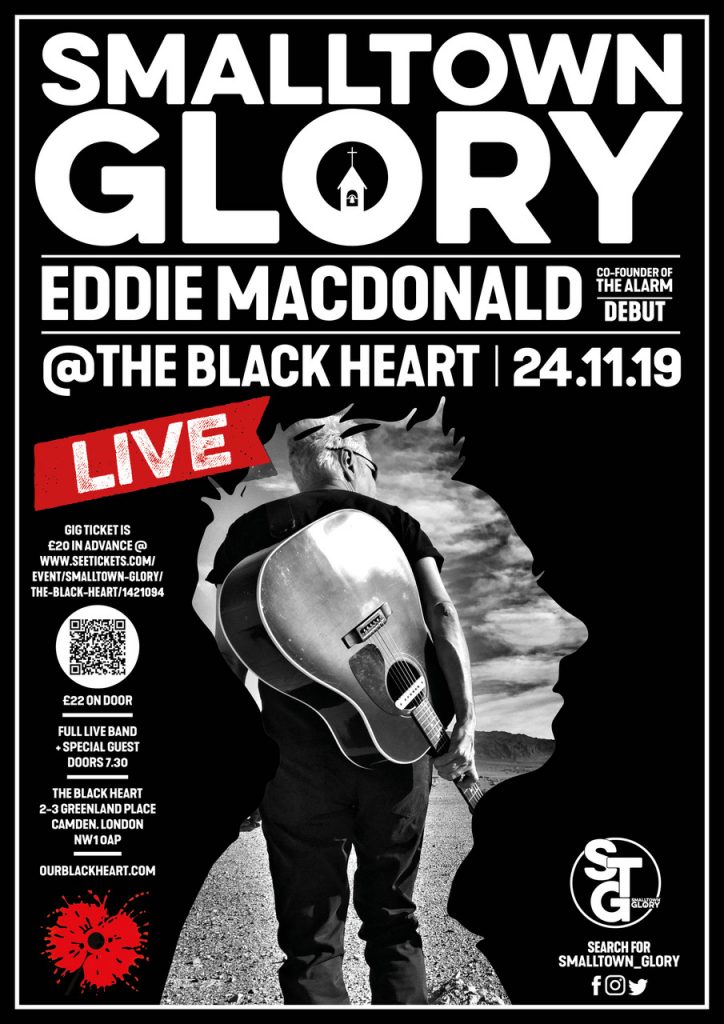 Lead by Eddie Macdonald – one of the founding members of The Alarm, Smalltown Glory will perform live at the Blackheart in Camden Town, London with special guest Mike Peters on Sunday November 24th 2019  at:

Tickets are on sale now and available here.