Mike Peters Declaration Tour will continue to the USA on March 10th when Mike Peters will be performing at South By Southwest 2014 (SXSW), Austin, Texas from March 11th -14th before heading to New York for two completely sold out shows at the Iridium, Broadway on March 15th. 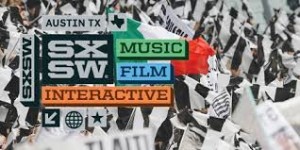 Mike Peters has a packed itinerary of performances throughout the week of SXSW which this year which also feature headline appearances from Coldplay, Imagine Dragons, Soundgarden and over 1,700 acts from all over the world. 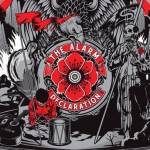 FRIDAY 14th MARCH – Mike Peters Declaration
Mike Peters will also be on stage at various events on Friday 14th including a live Television show taping for Balcony TV at 3 PM.

9:00-9:40 – Mike Peters will be wrapping up his SXSW with a set at the Music Guerrilla event at Burnsides on 6th Street. 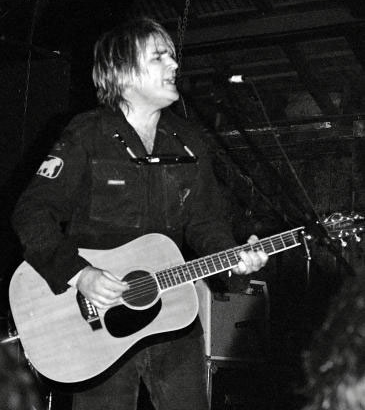 Mike Peters first played at SXSW as a solo artist in 1995 and later with both Coloursøund and The Alarm. It was whilst at SXSW in 2006 that Mike Peters met Texas Entertainment Insurance Executive James Chippendale (himself a Leukemia survivor and bone marrow transplant recipient), and created the Love Hope Strength Foundation.

Mike Peters ‘Declaration’ at both SXSW and NYC promises inspirational performances of music, memory and innovation that will allow fans and supporters to see another side of the musician that is Mike Peters.

Upon its original release on February 13th 1984, ‘Declaration’, The Alarm’s debut album, instantly catapulted singer Mike Peters on to the worldwide stage. Now thirty years later, Mike Peters will perform the entire album in full, with a unique one-man band ‘Alarm’ style show which will highlight the original alt-folk, acoustic punk protest roots of the songs that form the core of the album’s original intent. The sonic blueprint for The Alarm’s organic sound was amplified acoustic guitars, harmonica and a drum kit; a formidable sonic attack that will be reinforced in a contemporary setting when Mike Peters’ ‘Declaration’ will be unveiled in the US to coincide with a 2014 remake of the album that will also be showcased at SXSW this March.