Mike Peters will make his annual trip to Bergen, Norway to play ‘Sammenkomsten II’ this December 19th and 20th.

Over two nights at the Madam Felle venue on Friday / Saturday December 19th and 20th 2014, Mike Peters will perform two varied acoustic sets featuring songs that span all the decades of his songwriting career.

Mike will return from his Australian tour to Europe for this event and these will be the last concerts of 2014.

What year it has been, from a 4.5 hour performance at The Gathering last January via sell out shows all over the UK and USA on the Declaration Tour and the unforgettable ‘Horizons Sing’ orchestral concert in Cardiff that was broadcast around the world by the BBC. 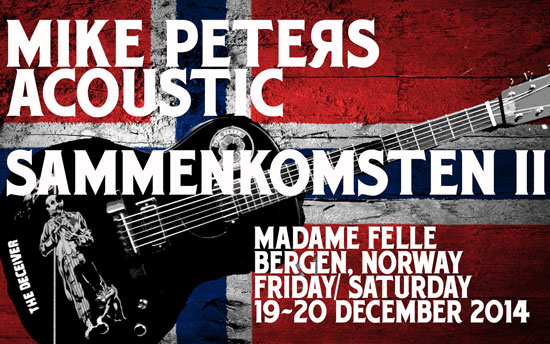