Mike Peters and The Alarm will perform in the USA at California’s ‘Like Totally’ Festival, Huntington Beach on May 12th 2018. www.liketotallyfestival.com

The California beach side music festival is hosted by Sirius XM’s First Wave DJ Richard Blade who is a massive supporter of all things The Alarm.

“Richard Blade personally invited The Alarm to play the ‘Like Totally’ festival”, said singer Mike Peters. “Richard has always been a massive supporter of everything that has happened in Alarm history. Back in the day, he was one of the first people to play our records on the World Famous KROQ, Los Angeles, and has continued with his support ever since. Richard (who appears in the Man In The Camo Jacket’ movie), hosted and compered last year’s Los Angeles Gathering and also the 25th Anniversary ‘Spirit of ’86’ Concert at UCLA. Not many people know this, but it was Richard Blade who personally engineered and paved the way for The Alarm’s reunion on the VH1 Bands Reunited program back in 2003/04, and if it wasn’t for Richard’s involvement, then that event would never have happened.” continued Mike. “Richard has a book coming out on November 2nd entitled ‘World In My Eyes’, and I was invited to write a piece for the introduction which I have been proud to be a part of. The ‘Like Totally’ Festival is going to be a massive event with thousands of people attending, and myself, the band and Love Hope Strength foundation look forward to sharing the stage with Richard on May 12th 2018″.

Mike Peters and The Alarm will be also performing at The Gathering Los Angeles on Sunday May 13th. Tickets available here.

The Gathering USA 2018 – an audio visual celebration of the music of Mike Peters and The Alarm will continue into its second year on Sunday, May 13th 2018 at the James Bridges Theater, UCLA, Los Angeles. 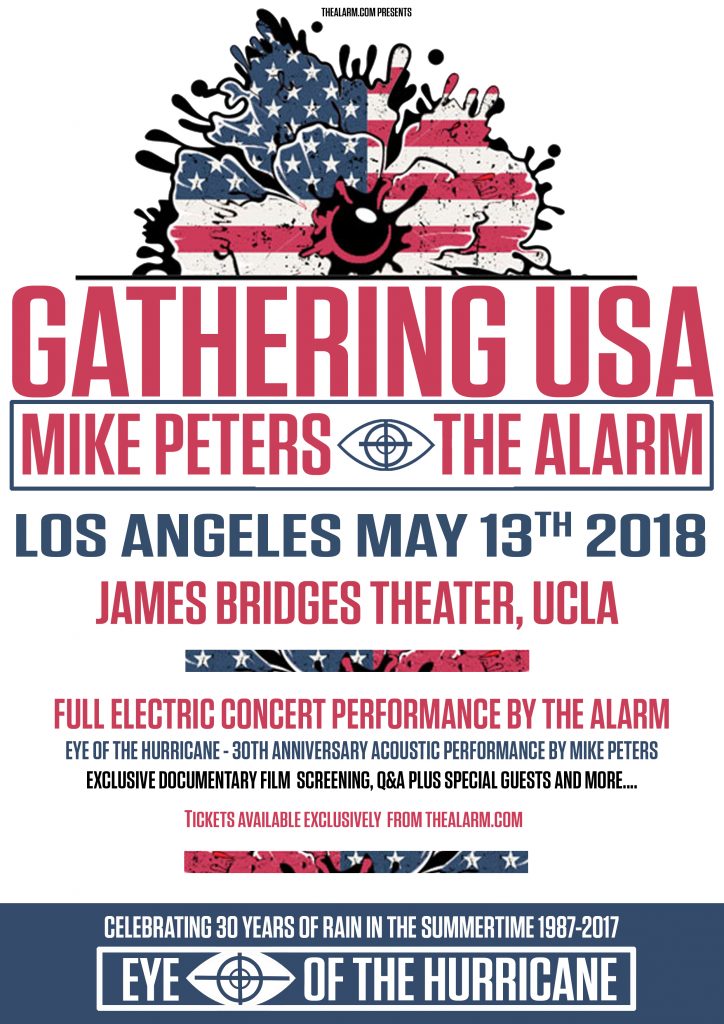 Following on from the smash success of the 2017 event (which completely sold out), the alarm.com is proud to announce that The Gathering USA will feature a complete Mike Peters and The Alarm electric performance alongside a Mike Peters solo acoustic performance of the band’s much loved ‘Eye Of The Hurricane’ album which is celebrating 30 years of Rain In the Summertime.

The Gathering USA at James Bridges Theater, UCLA, Los Angeles, also offers fans a chance to meet with Mike Peters himself and as always, there will be special guest appearances and documentary screenings throughout the evening.

Tickets for The Gathering USA at James Bridges Theater, UCLA are on sale now exclusively at the alarm.com. 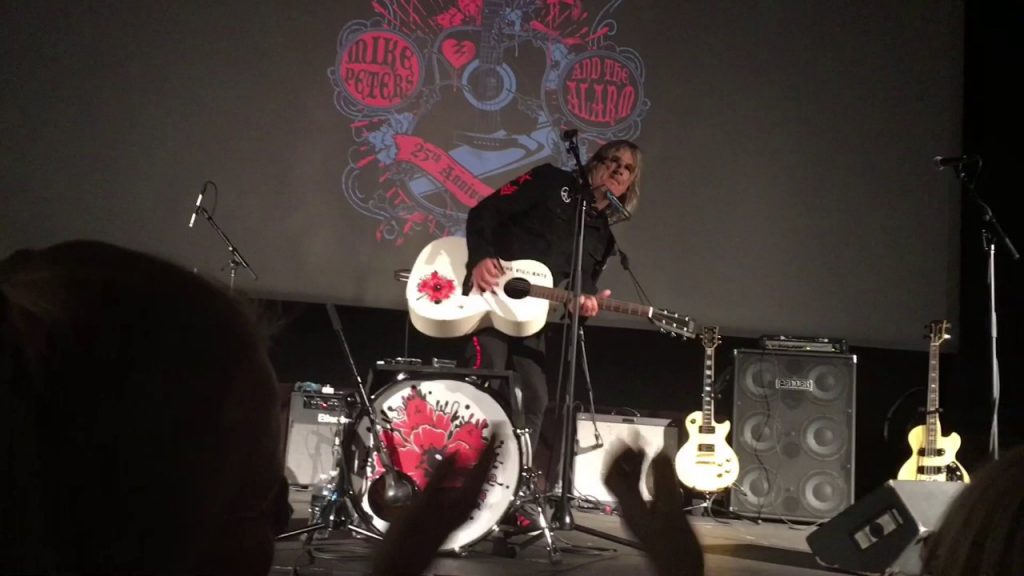