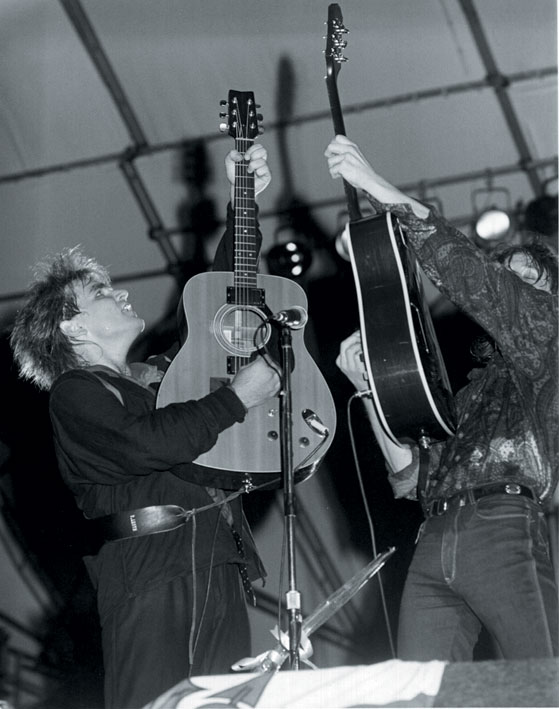 With guitars raised in the air, ‘Declaration’ / Marching On’, has always proved to be a classic start to many an Alarm show throughout the eras and this year’s Gathering Masterclass will be a very special one indeed, as it marks the thirtieth anniversary since the release of the ‘Declaration’ album back in February 1984.

This year, Mike Peters will personally present the story behind both ‘Declaration’ and ‘Marching On’, the writing of the lyrics and the way in which the music was composed and arranged, revealing areas of the creative process previously unknown to the general public.

The guitar masterclass has proved to be a very popular addition to the Gathering event itinerary and the open Saturday morning sessions in the Love Hope Strength Lounge have always revealed a wealth of guitar and song-writing insight.

As in previous Gatherings, a host of classic and iconic ‘Alarm’ guitars will be on show and everyone who plans on attending is invited to bring their own guitar with them and join in with Mike, raise their guitars in the air, and perform ‘Marching On’ together.

In advance, here is a link to a chord / tab sheet, so get practising…. ‘And we’ll go, Marching On, hear our sound, hear our voice, we’re growing stronger, Marching On”