A very special limited edition ‘Man In the Camo Jacket – Motion Picture Soundtrack’ Vinyl LP featuring brand new music from Mike Peters and The Alarm will be released exclusively in America for US Record Store Day on April 22nd 2017.

The limited edition LP (which is being released on the same day as The Gathering Los Angeles) kicks off with ‘Coming Backwards’ the first track to be officially released from the forthcoming ‘Blood Red Viral Black’ recordings alongside many other previously unreleased tracks, including a cover of the INXS classic ‘The Devil Inside’ which was cut with Firebird Trio at a recording studio in Melbourne Australia, 2014 while Mike Peters was addressing the World Cancer Congress.

The Limited edition vinyl LP is being released on Camo Colored Vinyl and also includes a ‘Man In The Camo Jacket’ film poster. 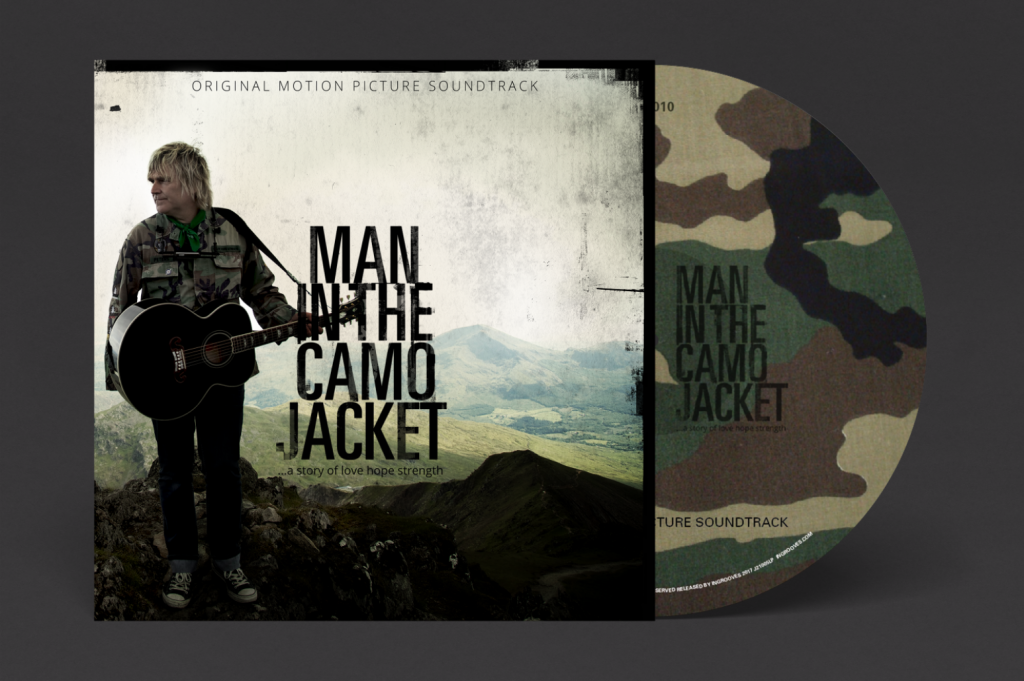 Other highlights include a first release for a 1984 recording of The Alarm’s classic ‘Sixty Eight Guns’ which features a very different arrangement from the ‘Declaration’ version and was mixed from the original master tapes by Mike Peters.

The twelve track limited edition vinyl record will released on Camo coloured Vinyl exclusively in the USA only as part of the 10th Anniversary US Record Store Day 2017.

To celebrate the occasion Mike Peters and The Alarm will be making a special ‘full band’ US Record Store Day 10th Anniversary live appearance and signing session at Fingerprints Records in Long Beach, California on Saturday morning April 22nd followed The Gathering Los Angeles at the James Bridges Theatre that same evening.

The Gathering Los Angeles will also feature a screening of Man In the Camo Jacket plus acoustic set and Q&A with Mike Peters plus some very, very special guest appearances. Get tickets here.