Mike Peters Acoustic Night at the El Rey Theatre, Los Angeles on Sunday, Sept 4th
Mike Peters Acoustic Night turned into a Mike Peters All Star Band night in Los Angeles.  Mike delivered a special acoustic set, stepping off the stage at one point and joining the audience in the auditorium for a moving rendition of Love Hope Strength…
Mike was joined on stage by Billy Duffy (The Cult), Cy Curnin (The Fixx), Jay Aston (Gene Loves Jezebel) and Slim JIm Phantom (Stray Cats) for a brilliant ‘One Guitar’ by Willie Nile.  It was great to see so many Californian Alarm fans and special mention to those Alarm fans who had travelled from Arizona especially for the show…
Next stop San Francisco….

Jules has just published a Jules eye view of Kauai Rocks on Facebook, capturing some of the Peters family moments on the latest Love Hope Strength event.

Jules regularly twitters and you can follow her rock ‘n’ roll wifely and MPO goings on at http://twitter.com/#!/julespeters. 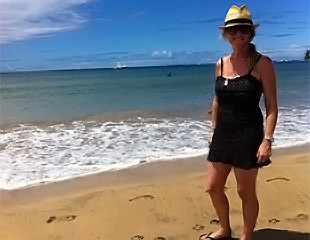