James Stevenson is out on the road between March 31st and May 8th in the USA performing with the highly acclaimed Holy Holy.

Comprising original Spiders From Mars drummer, Woody Woodmansey and legendary Bowie producer Tony Visconti, the band will be playing the groundbreaking The Man Who Sold The World album, and a selection of classic Bowie hits.

Check out this BBC news report on the first show. 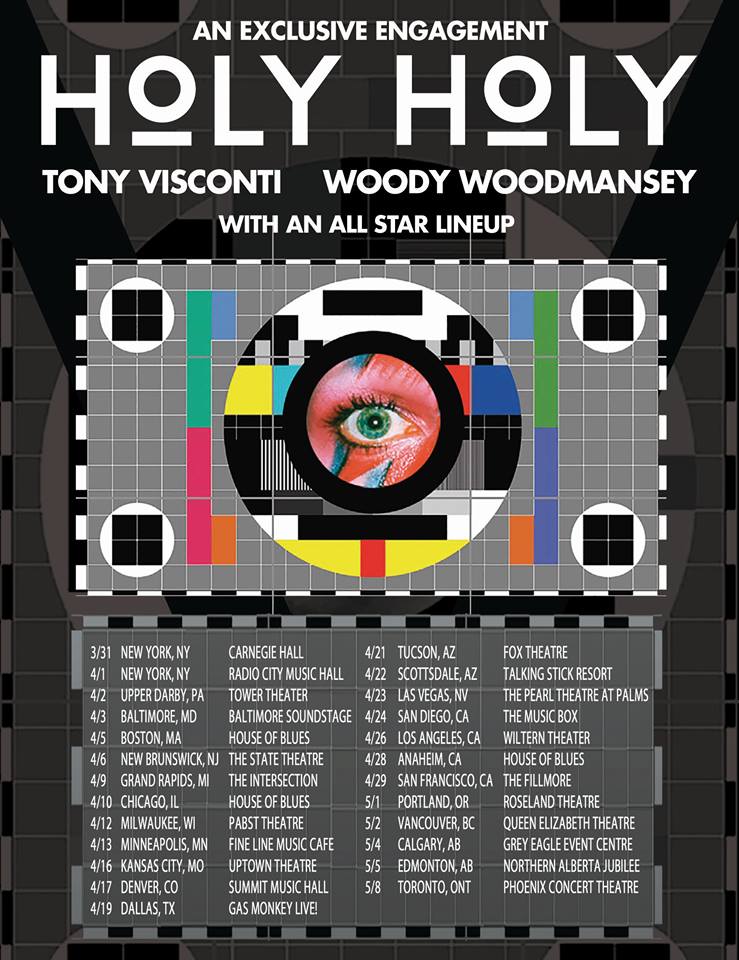