The Gathering 25th Anniversary Ticket Launch is now underway and this time, fans who aim to be among the first 250 to purchase their weekend passes are in for a real bonus.

The 25th Anniversary Gathering Commemorative Lanyard and Laminate is being given away with the first 250 orders and is loaded with 25 Mike Peters and The Alarm tracks – ‘Live from The Gathering’. Taken from all points in the timeline since the event began in 1992 at Rhyl Town Hall, and continued most recently with one of the best Gatherings in living memory at Venue Cymru, Llandudno this last weekend. 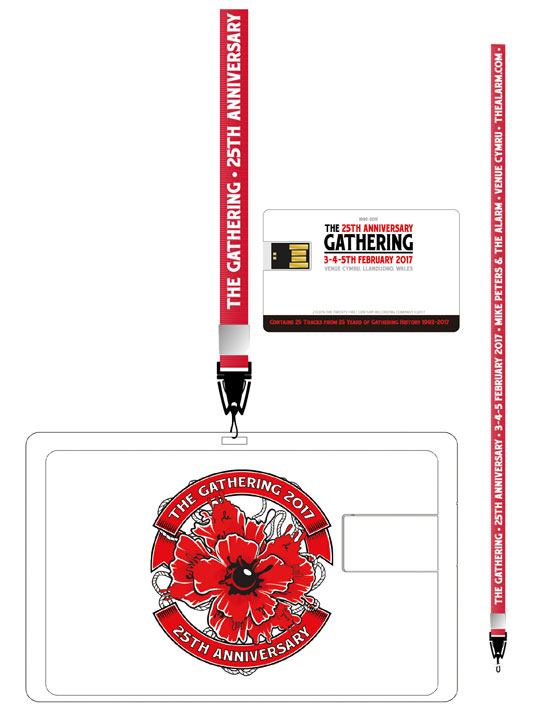 There are some unreleased tracks included with the USB Card (which loads straight into your computer, ready for transfer to the digital music player of choice), including 2 tracks from the ‘lost’ Gathering 13 which was believed to have been destroyed only to be found again, during a refiling of the fabled Mike Peters archive. Also included, will be a recording from this weekend’s Gathering 24 which will feature ‘The Rock and Roll’ along with Mike Peters and the The Alarm’s moving tribute to David Bowie – ‘Starman’, news of which has gone viral this week.

Fans will also be able to take the laminate along to any date on the Mike Peters presents The Alarm Spirit of 86 Tour and have it personally signed should they choose.

A full track listing will be revealed soon and the Lanyards and Laminates, along with the official tickets, will be mailed out as soon as possible. 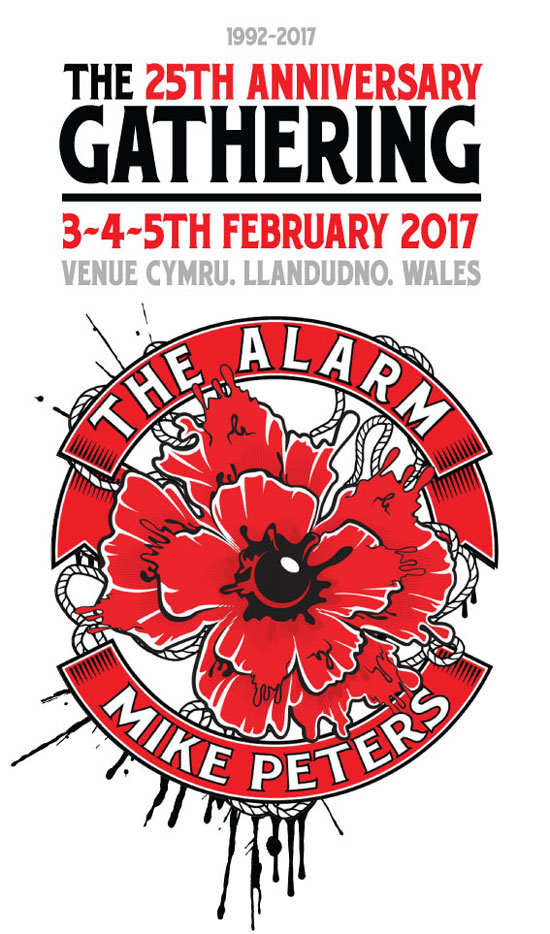 * Gathering 25 Pass Holders must have a valid concert ticket to gain entry to venue / merchandise booth on the Spirit Of 86 in 2016 tour in order to have Laminate / USB card signed by Mike Peters.