News Feed
Greetings from Canada.
I’m sat in the hotel lobby in Montreal, Canada and about to enter the final month of this long and adventurous tour with Big Country.
I’m really looking forward to coming back to the UK and hitting the mountains of Ben Nevis and Snowdon again in September with all of you who have signed up to participate in both of those events.
Ben Nevis Rocks – September 7th
Snowdon Rocks – September 14th
I would also like to wish Nick Harper every success with Devil’s Den Rocks this weekend August 4th. Devil’s Den Rocks is in aid of Love Hope Strength Foundation and Project Hospice.
Nick has been an incredible supporter of LHS since we started climbing mountains back in 2007. Devil’s Den Rocks takes place this weekend and there is still time to get your boots on and head for Avebury in Wiltshire for what promises to be an amazing event.
www.devilsdenrocks.org
www.justgiving.com/teams/devilsdenrocks
The charity has really taken hold here in the North America in the past few months and we have been on tour with Robert Plant, Big Country, Donavon Frankenreiter and Kenny Chesney to name but four. The UK drives have also been hugely successful too at concerts by The Levellers and at festivals such as Isle Of Wight and Rewind.
None of this would be possible without the sterling efforts of so many individuals who give there time and commitment to the cause.
Hope to see you on a mountain soon.
Mike Peters 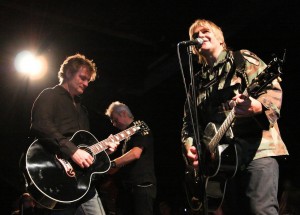