Mike Peters Declaration Tour heads for  the West Coast of America during April / May 2014 and we are pleased to announce the addition of more shows including an end of tour concert in Las Vegas, Nevada.

Tickets for all shows are on sale now. 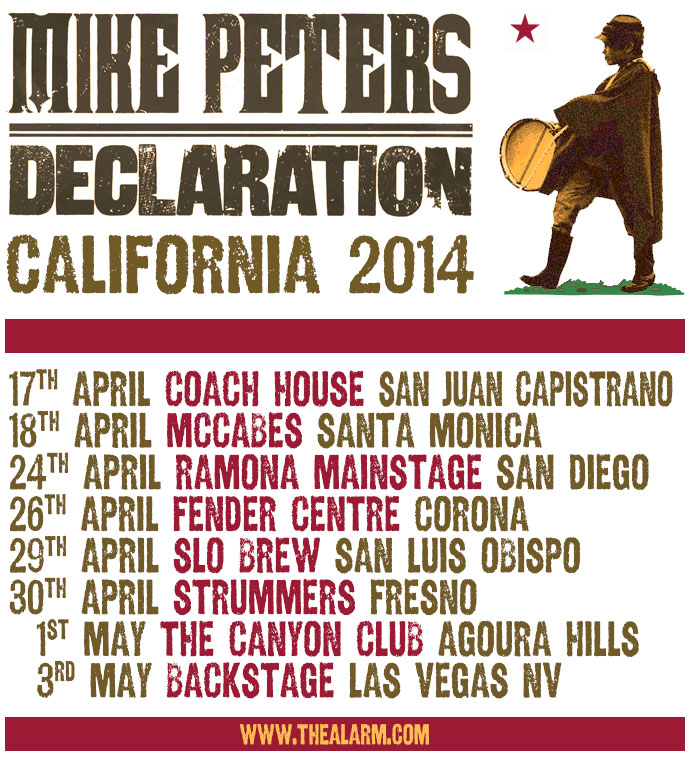 Upon its original release in February 1984, ‘Declaration’, The Alarm’s debut album, instantly catapulted Mike Peters and the band on to the worldwide stage. Now thirty years later, Mike Peters will perform the entire album in full, with a unique one-man band ‘Alarm’ style show which will highlight the original alt-folk, acoustic punk protest roots of the songs that form the core of the album’s original intent.