I’ve just watched a youtube clip of Big Country playing here at Reading Hexagon in 1986. ‘Fields Of Fire’ played with bursts of The Clash and The Jam in the set up to the song’s opening. It’s 30 years ago since ‘The Crossing’ came out but the genesis of all our common ground is in the punk rock blitzkrieg of 1977. All of us on the stage tonight (apart from Jamie), were there in the first instance, and it’s obvious from Stuart’s face that he’s really enjoying dropping in these reference points.

Most of us here in BC world are also of an age to remember the music made by the ‘dinosaur’ bands that punk rock stood up to. I have to admit to being a bit of a ‘Yes’ fan back then, and even went to see them in 1975 at Stoke City Football Ground on the ‘Relayer’ tour.

To be honest, I thought ‘Yes’ were awful, although by the time they came on I was incredibly tired. It had all caught up with me by then, the early start to the day to get to Stoke from North Wales, the excitement of being so young at such a big occasion and then a sense of anti-climax after being swept along by the vibe of ‘support band’ ‘The Sensational Alex Harvey Band’. I can still so vividly recall the performance Alex Harvey put in that day, he was in the crowd, sorting out a fight, spray painting on the backdrop and singing his heart out and rousing the audience from the sitting position to the standing. Sound familiar?

The other support band that day was ‘Ace’. 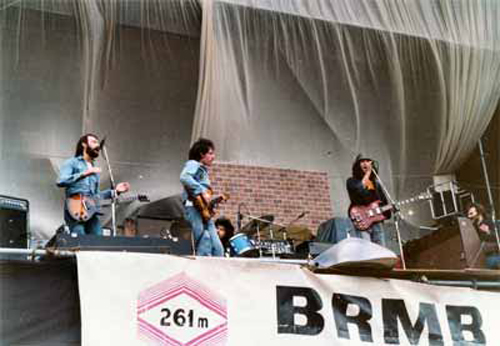 ‘Ace’ had just had a huge hit with a song called ‘How Long’ sung by Paul Carrack (who has played with our very own Mark Brzezicki). The sound man for ‘Yes’ on that day was Nigel Luby (RIP), who also did sound for both The Alarm and Big Country during the nineteen eighties. Funny how life can catch up with you isn’t it.

I think this band owes a little bit more to the prog scene than it might care to admit. You can certainly hear it in ‘The Crossing’ song itself that hasn’t been played for such a long time since being played for the first time in 1982 at the Glen Pavilion. Both Mark and Tony openly admit to being in a ‘prog’ band back in the day called ‘Clear Blue Sky’ and then ‘Clear Peace’ before morphing into the Simon Townshend Band (Yes, Simon Townshend currently of The Who and younger brother to Pete who will be supporting us in Sheffield on Saturday…). Here is a photo of Graeme Tarrant the singer of the aforementioned band taken in the dressing room before the show with Mark and Tony. 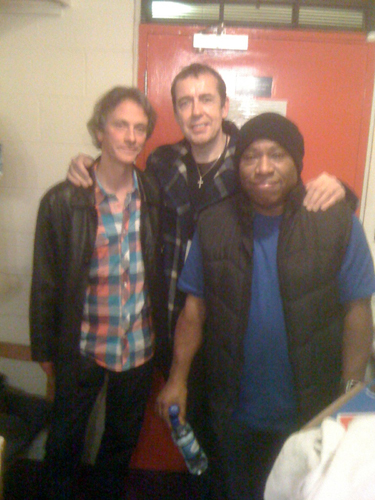 Here is a photo of a very young Mark Brzezicki with ‘Silver Stream’ one of his first ever bands. 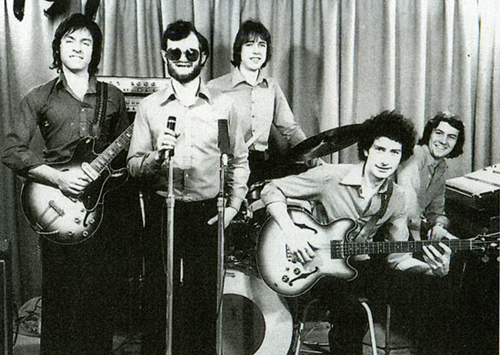 Stuart himself was in a band called Tattoo before punk, playing Status Quo / Bowie / Stones covers etc. I can probably say without fear of contradiction that they would probably have played Status Quo’s ‘Caroline’ at some point, as I did in my first band at school too, It was almost as easy as punk. 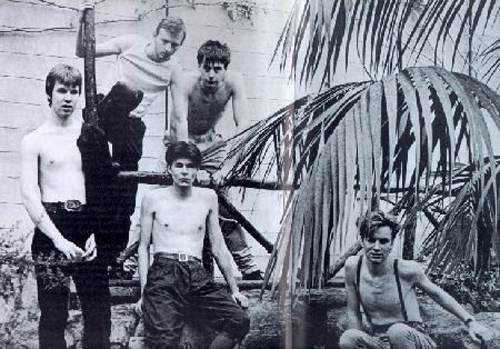 Here’s a very early pre-punk photo of me at Rhyl Youth Club with some future Alarm members… check out Nigel Twist’s prog rock name ‘Leo Pantelakis’. Obviously, name changing wasn’t the only thing punk had in common with prog either….. 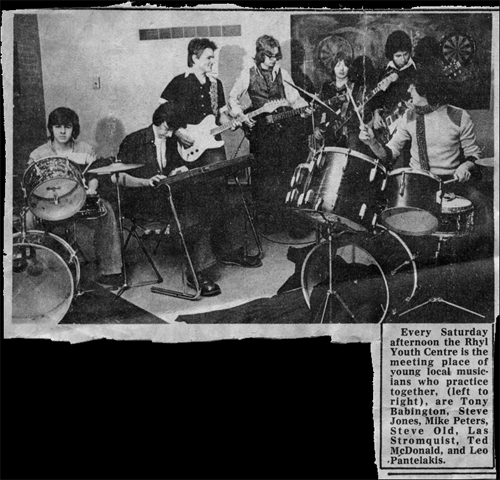 Good spirits abound in the dressing room tonight, the sign above the stage door says ‘QUIET’ but we are going to be anything but tonight! Good evening Reading!!!