Dave Sharp has been confirmed as the very special guest on all UK Tour dates this October. “I’m thrilled and delighted to be joining the 2017 UK October tour”, says Dave “It’s been a long time and the spirit lives!! “ 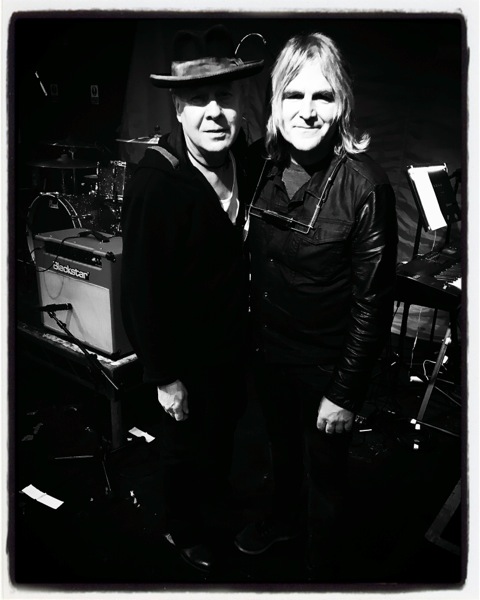 Mike Peters says he is also excited to have his old band mate on the road with him again, “Dave and I go back a long way and shared some amazing times together, especially during the 1980’s.” extolled Mike. “What I really admire about Dave these days, is that he is playing the kind of music he loves first and foremost, and all created from his unique talent as a guitarist, singer and songwriter. When he played with us back in May, I think he took a lot of people by surprise, especially with his re-working of ‘One Step Closer To Home’ which is still my favourite Alarm / Dave Sharp song of all time.”

James Stevenson is also looking forward to welcoming Dave back to the tour. “I first met Dave back in the old days around 1984 at the Marquee Club in Wardour Street, London. It was actually Gene October who introduced us. I ended up giving him a lift home (to his flat in Battersea), in my battered Triumph Herald convertible. I can still remember that all we talked about on the way back to his place, was our mutual love of vintage guitars which at that time was the preserve of the few – not the many like it is today. Dave was firmly a “Strat” man of course, and my first weapon of choice has always been the Les Paul and we vigorously debated the merits of our preferred instruments as I drove. I will always be grateful to Dave for giving me his blessing when Mike first asked me to join the band as guitarist, back in 1999 – that meant a lot.”

Drummer Smiley also has his own memories of playing with Dave Sharp. “Right around the time I was with Joe Strummer and the Mescaleros, I got a call asking me if I’d like to have  a jam session with Dave Sharp. As a massive Alarm fan I didn’t need to be asked twice and I soon found myself in a rehearsal studio with the man himself. It was amazing and his love of playing roots music shone through, before life intervened and I got called back for more dates with Joe Strummer which meant I never got to play ‘live’ with Dave and the rest of his band. I still recall what a thrill it was to be playing drums with Dave and can’t wait to see him again in October”.

A new Dave Sharp live acoustic album ‘At The Vic’ has just been released and is available via mail order from Little London Records.

The album was recorded live on a cold November Sunday evening, 3 days before the US presidential election result. Dave gave a totally unrehearsed and spontaneous solo acoustic performance for an intimate crowd at the Victoria Inn, one of Colchester’s premier live music venues. There was a palpable sense of something special in the air that night and it’s all captured on At The Vic, live in detail, between the notes and between the lines on this new 11 track live album which is already receiving enthusiastic reviews.

For more information on Dave Sharp and his upcoming solo dates please visit his website here. 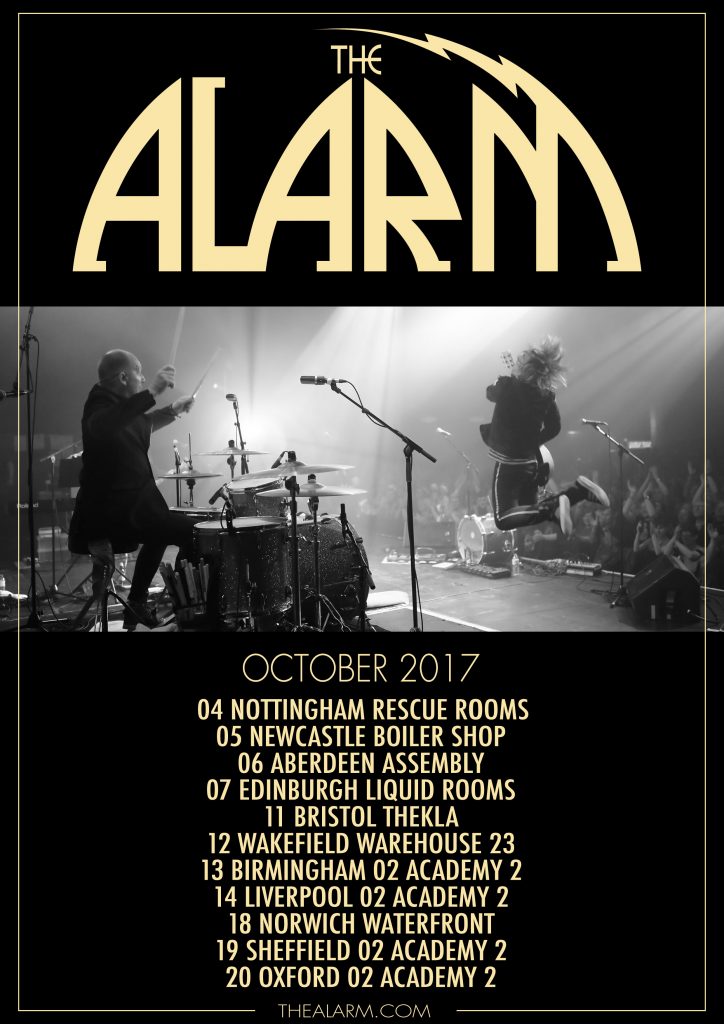 Tickets are on sale now for the Mike Peters and The Alarm UK Viral Black October Tour with very special guest – Dave Sharp.