The program highlights some of the amazing places tucked just a stone’s throw from busy Welsh towns.

Singer Mike Peters from The Alarm is Derek’s guide this week and  explains how he got involved in music and leads Derek over the hills to a spectacular view above Prestatyn – guitar in hand.

During the program, Derek discovers his artistic side and some hidden treasures while he asks Mike about other aspects of his life including his health and charity Love Hope Strength. Mike Peters also informs Derek about how The Alarm’s annual concert event The Gathering (which takes place in Llandudno on January 30th-31st 2015), came to be.

BBC Broadcast and UK channel information can be located here. 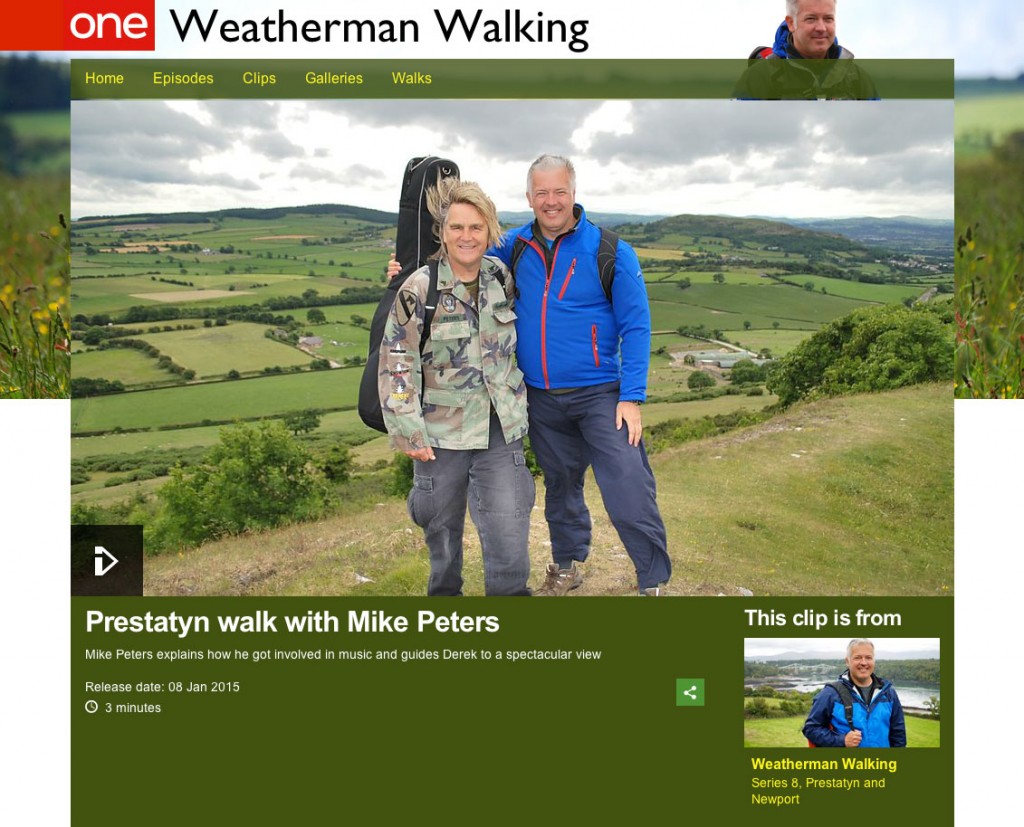