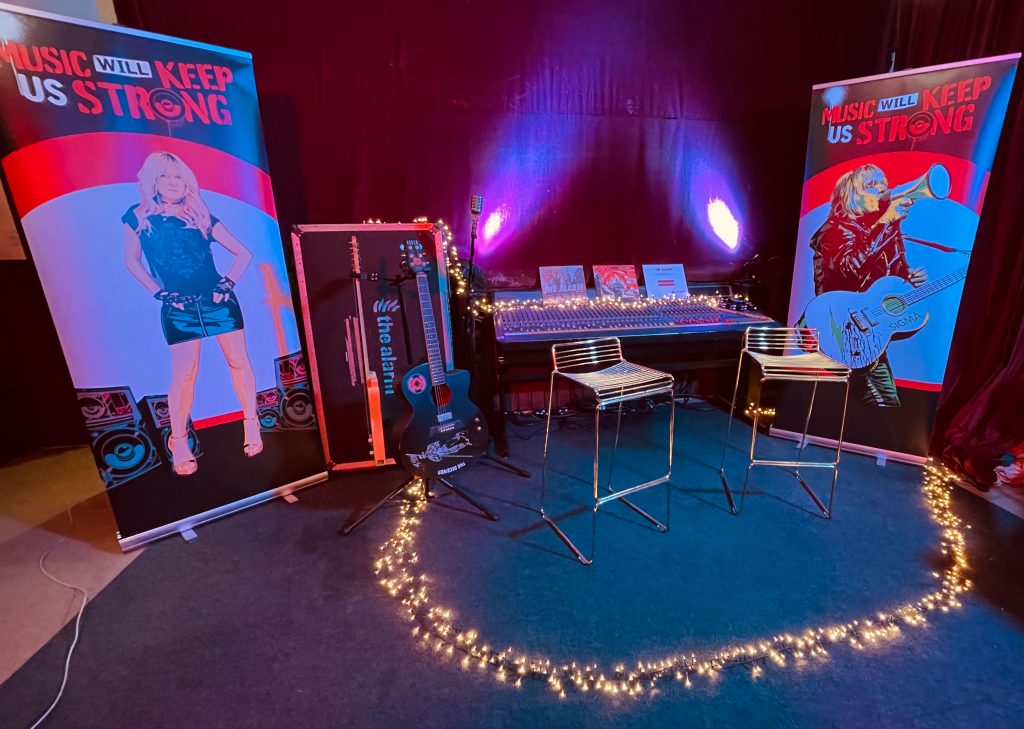 This Friday November 25th, you are invited to join Mike and Jules Peters  LIVE from The Alarm Recording Studio for a WORLD PREMIERE Big Night In special presentation of The Alarm – Warriors – Live In Manchester’ which will be broadcast at 9pm UK on The Alarm YouTube Channel  and official Alarm Facebook page.

There will be a pre-broadcast ‘live’ exclusive Big Night In Special Presentation with Mike Peters in person, taking questions and being interviewed by Jules Peters.

As soon as the film has Premiered, all fans who have pre-ordered and purchased physical CD copies of The Alarm – Warriors – Live In Manchester in advance of the film premiere, will be sent a private download link to be able to enjoy repeat Hi Definition performances whenever they like, on their phones,  laptops, computers and smart TV’s.

NB: The film will be delivered as a Hi Definition MP4 file playable anywhere around the world.