THE ALARM TO ADVANCE RELEASE NEW ALBUM ‘WAR’ ON FRIDAY – BUT WITHOUT THE MUSIC!

Read on to find out more……. 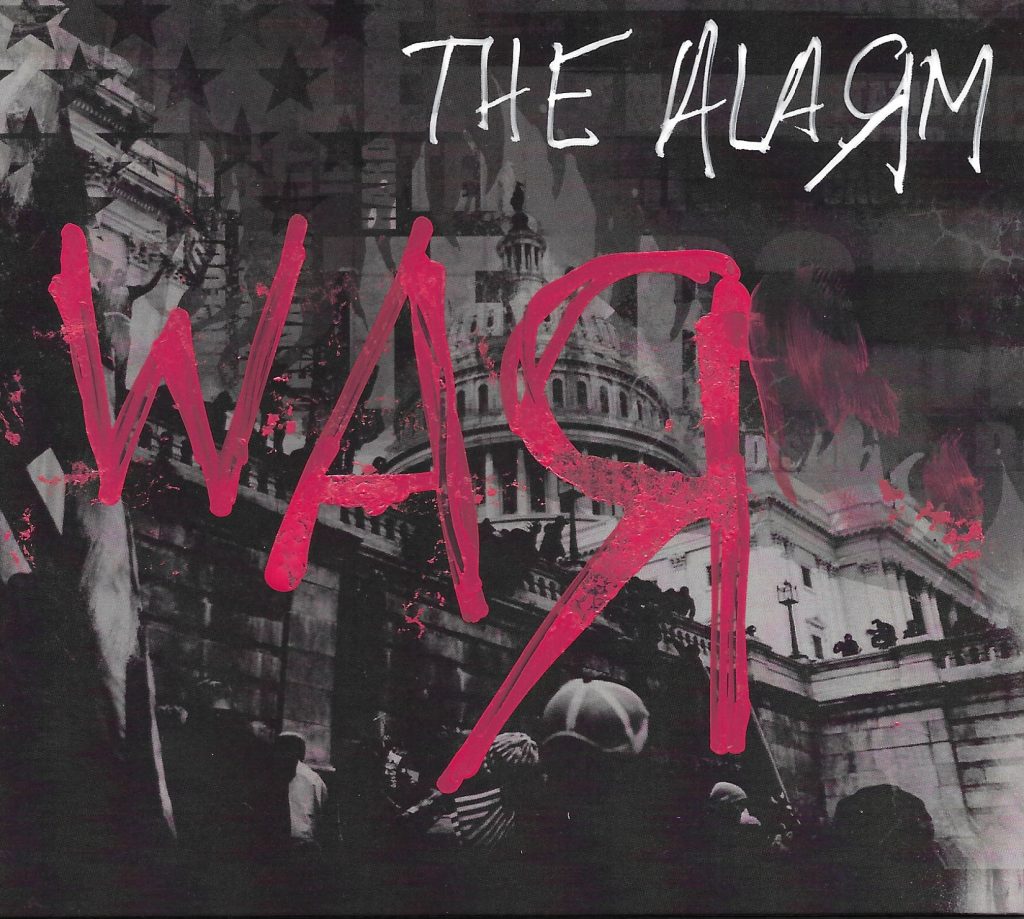 The Alarm’s brand-new album ‘War’ has to be completed by February 24th 2021 in order to be serviced around the world at midnight on February 25th/26th via the world’s digital music suppliers.

Fans can advance purchase ‘War’ from this Friday onwards, in a special limited edition blank CD-R format (that will be dispatched immediately), with the music being sent electronically on February 25th (Mike Peters’ Birthday), a day earlier than the official release.. Fans can then choose to burn their own physical CD copy of ‘War‘, Fans who don’t have the tech to burn a CD, will get to listen to the album on their digital music players, a day earlier than the rest of the world, and also own an amazing and highly collectible piece of Alarm art in the process.

Fans can also pre-order a Loaded Edition of ‘War‘ on CD (with the music included) which will arrive after the official release date once burnt onto CD by The Alarm team.

‘War’ is also available to pre-order as a limited edition individually hand-cut LP which will  feature a hand painted cover signed  by Mike Peters and  released to fans on a first come first served basis (we  anticipate that 30 individuals copies can be lovingly hand cut in the north of England on Thursday February 24th, ready to be dispatched for release day on February 25th / 26th. (Additional pre-orders will be dispatched as fast as they can be cut).

The completed album will be the first ever Alarm album to be released on the day it is finished.

Each limited edition CD or LP copy of ‘War’ will be personally painted by Mike Peters, who will add the album title and band logo over the contemporary art cover which was created by illustrator Dan Shearn.

Each copy of War will also be signed by Mike Peters ensuring no two copies of the album will ever be the same.

Mike, The Alarm & producer George Williams, are currently writing and recording the record from scratch using their own isolation studios. Mike’s wife, Jules Jones Peters has been documenting the recording process and creating a very incisive fly on the wall vision of Mike Peters and The Alarm at work, sharing regular videos online at www.thealarm.com

As soon as the final audio master is complete, the album will also be released worldwide into the digital domain, so that all Alarm fans around the world can hear the new record instantly on February 26th.

.“The record is really starting to take shape”, says band leader Mike Peters. “The responsive nature of the writing and recording situation has given rise to some radical thinking on how to instantly release the album into the modern world and also in all the major formats – Stream, Download, CD and LP.”

To meet the criteria / demand for physical product, Mike Peters and the band are going to break new ground and do something no artist has ever done before, by advance releasing the album on CD-Rom and inviting fans to burn their own disc / listen in advance on personal music players, once they have been sent the final mastered audio recording.

Fans who take up this unique opportunity will actually get to listen to and own, the brand new finished Alarm album at least a day before it is officially released through digital music suppliers like iTunes, Spotify, Amazon etc. on February 26th.

“I really want the fans to have physical access to this album as soon as it’s finished”, continues Mike. “It’s already being made out in the open for all to see and hear. The technology is there, so that fans (who still have access to a CD burner), and wish to get involved in the spirit of the project, can do so by interacting with the creative process and play their own part in bringing this new Alarm album into the world. Even if people don’t have the tech to burn a CD, they will still get to listen to the album a day earlier than the rest of the world and also own an amazing and highly collectible piece of Alarm art in the process“

From Friday, Alarm fans can purchase ‘War’ in a limited edition CD-Rom format, which includes full colour artwork along with a CD-Rom disc enabling fans to then burn their own personal copy of ‘War’ on February 25th (Mike Peters Birthday). This edition will be limited and pre-orders will be  dispatched immediately..

Fans who pre-order the Hand Cut LP edition of War will be sent the album as soon as possible (on a first come first served basis). Each LP copy will feature an all white sleeve with a hand painted title and band logo by Mike Peters, who will also personally paint in the song titles on the back cover. The LP will also feature the Dan Shearn album cover illustration on a 12” printed insert that will also be signed by Mike Peters.

“This record is about capturing a moment in time and releasing the music instantly into the world”, states Mike. “And to do that in these socially distant pandemic days, the music has had to be recorded and released digitally. Upon completion, I did consider destroying the master tapes in a Banksy style art statement but then I came up with the idea of creating a limited run of CD and Bespoke Analogue LP’s so that  if the internet was ever destroyed  in a cyber event, the fans who own physical copies of ‘War’ would in effect, become the custodians of the master tapes for future generations.”

From the 26th of February 2021, the album will live on forever in the digital domain only, ensuring that each physical CD / LP copy of ‘War’ will remain a true piece of art and an enduring collector’s item.

The limited LP Editions are only ever going to be available as a pre-order and will be individually hand cut, one copy at a time, creating a valuable and totally unique collector’s edition.

The original artwork has been created by Illustrator Dan Shearn. The band logo and album name will be added by Mike Peters using red and white acrylic paint along with a hand written signature. The track listing will remain blank until the end user adds in all the song titles, further ensuring that no two copies will ever be the same.

These limited editions of ‘War’ will be the only physical copies of the album in existence.

No further copies of the record in this form will ever be printed or made available post release.

PRE-SAVE WAR BY THE ALARM AT SPOTIFY  NOW.