The Double CD Edition features 44 of The Alarms biggest singles and greatest songs, while the Double LP features 27 classic tracks across four sides of vinyl.

Every single one of the tracks that make up the CD / LP collections,  have been mastered by Pete Maher and the compilation produced by Mike Peters with artwork lovingly created by Mike and illustrator Dan Shearn.

Spanning all eras of The Alarm Timeline, History Repeating 1981 – 2021  brings together all of the bands ‘Crown Jewels’, including a brand new and previously unreleased recording of the title track, and features all of the keynote tracks that have helped create The Alarm’s phenomenal and loyally dedicated following.

The Double CD comes in a replica LP gatefold sleeve configuration, and is the most comprehensive ‘Best Of’ ever released by the group since 1998’s Best of The Alarm and Mike Peters.

The Double LP Edition comes in a gatefold configuration and is the first ‘Best O’f compilation to appear on vinyl since 1990s Standards.

History Repeating is the record every single Alarm fan will want to own with its distinctive Red Poppy cover and beautiful depiction of The Alarm family across the inner gatefold.

NB: 100 copies of the History Repeating 4 x LP Vinyl Box Set have been created exclusively for www.thealarm.com and this final print run is also available to pre-order now. The Box Set itself is beautifully crafted with each LP housed in a their own sleeve with a 48 page booklet that includes a personal history of the band written by Mike Peters, along with exclusive photos shot at important historic sites unique to The Alarm’s history. 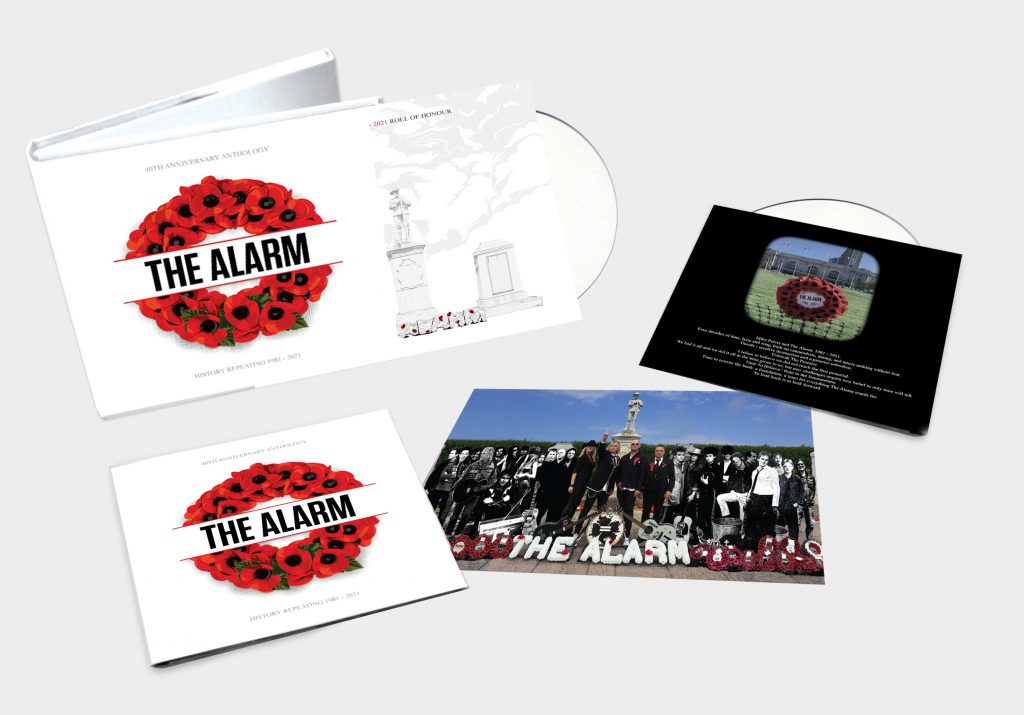 Tracklistings are as follows: 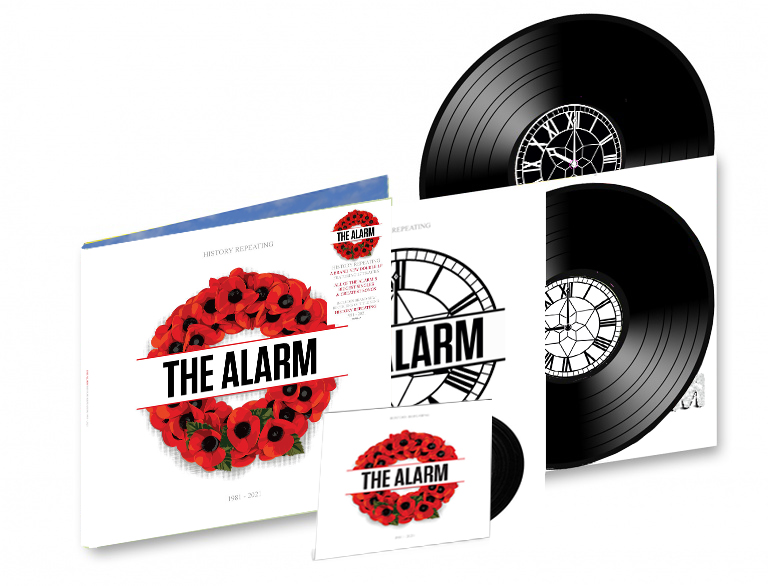 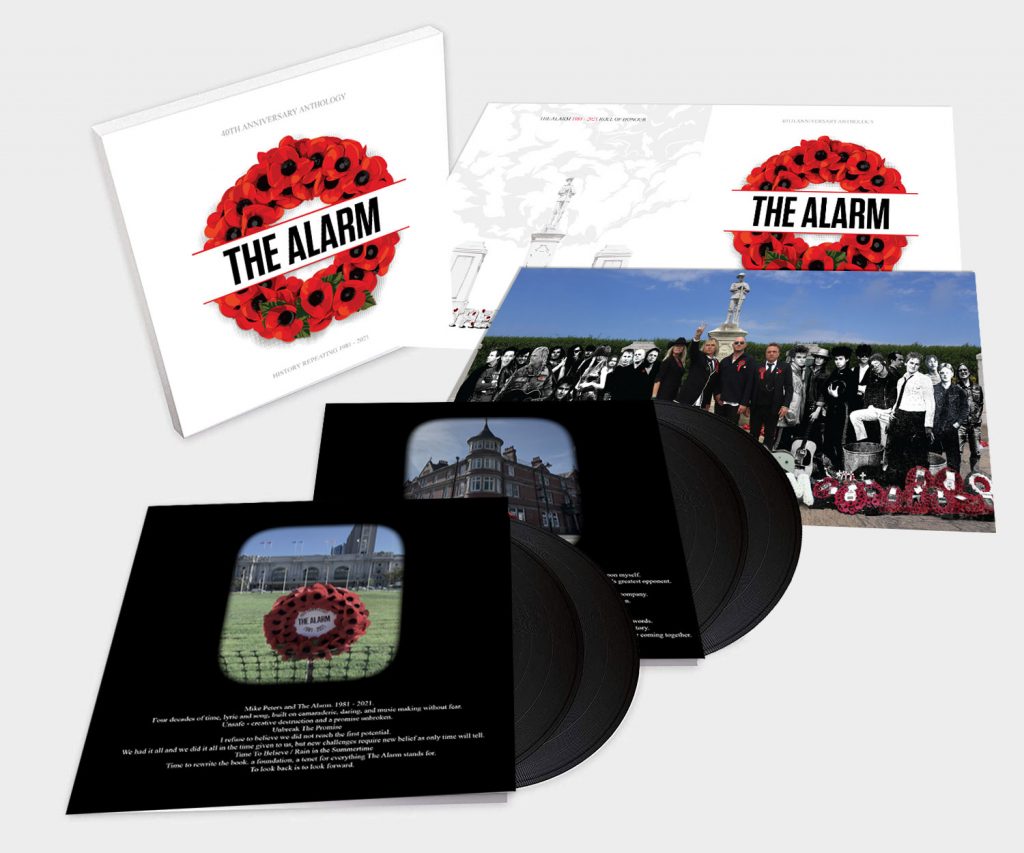 The 4 x LP Box Set Edition is exclusive to www.thealarm.com featuring 47 tracks in total (46 of them totally unique to the 4 x LP collection).

The Box Set tells a more alternative story of Alarm history with at least one essential recording from every year of the group’s timeline, plus many important live recordings from the most iconic milestones of the band’s lifetime along with many rare b-sides and fan favourites to complete this most comprehensive document of  Alarm History.