“‘In January of 1986, word came back from MCA that they realised they had made a mistake with The Alarm and ‘Strength’, and so in conjunction with IRS, they decided to release ‘Spirit of ’76’ as the follow up single. Mainly, because they thought it would appeal to the huge post ‘Born In the USA’ Bruce Springsteen audience and something that classic American Rock Radio stations would relate to and hopefully embrace. They were also ready to put the full weight of their promotion team behind the release and so we were persuaded to embark on a massive US Arena tour with Pat Benatar as an attempt to cross the band over from our alternative base and further into the mainstream. We were added as special guests to the tour by our agent at Premier Talent – Barbara Skydell, with the hope that all the radio programmers would come to see the show (mainly because Pat Benatar was such a staple act on US Rock radio with a string of hits including ‘Love Is A Battlefield’), and while they were there, see The Alarm and add ‘Spirit Of ’76’ to the playlist.” – Mike Peters 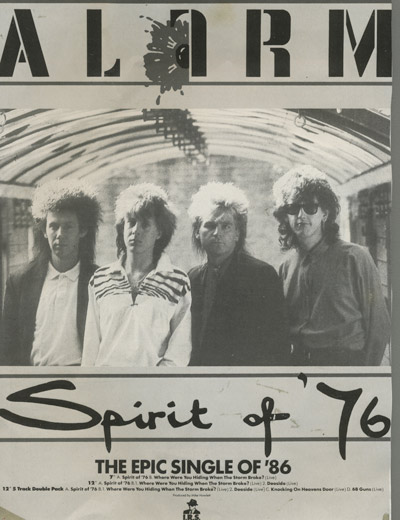 “The centerpiece of Strength is ‘Spirit Of 76′. Beginning with its moody, allusive harmonica intro, moving onto Mike Peters’ hoarse, unadorned vocal and running smack into a drum-bass-guitar salvo, this is a first-rate anthem. This 7-minute, layered drama comes, as it were, in two movements, as Peters and co-writer Eddie Macdonald give us time to catch our breaths. The lyrics contain all the fire and defiance associated with this act (“I will never give in until the day I die’) as well as the evocation: “Mersey lights calling . . . Some nights when I can’t sleep/I think of all the promises, all the dreams we shared/I know those lights still call to you/I can hear them now . . . ‘” –Lennox Samuels, Dallas Morning News,  Nov. 17, 1985

In this audio clip, Mike Peters describes the meaning of the song Spirit of ’76

“When all is said and done, This is probably my all-time favorite Alarm song.  It’s as quintessential as any track they ever recorded.   It pretty much sums up everything I ever wanted from and/or loved about the band.  It’s Pure magic.” – Steve Fulton, Alarm Fan 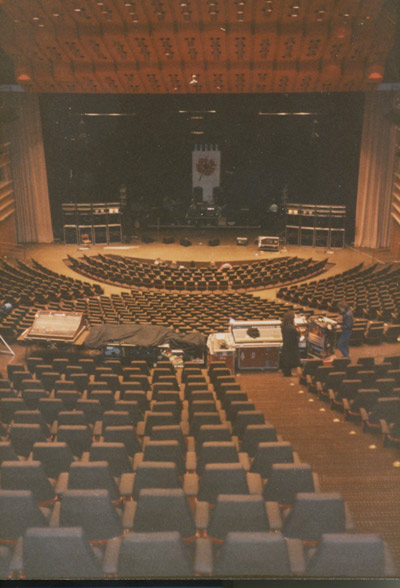