This September / October / November / December Mike Peters and The Alarm will charge back into the new life we are all dreaming of, with a post lockdown UK Tour entitled NEW STANDARDS. The tour will be a multi-dimensional rock and roll affair, capable of playing anywhere, anytime and in any situation.

“We are committed to being part of the movement that allows people, music fans, music venues and music promoters to get back to some kind of normality”, says lead singer Mike Peters. “Whatever the situation, we will bring the music. Through our vast experience of playing in the mountain regions of the world (via our charity Love Hope Strength), we are adaptable and ready to play at a moments notice, either stripped back to a one man band Mike Peters set and / or ready to play as The Alarm in both acoustic and electric environments.” 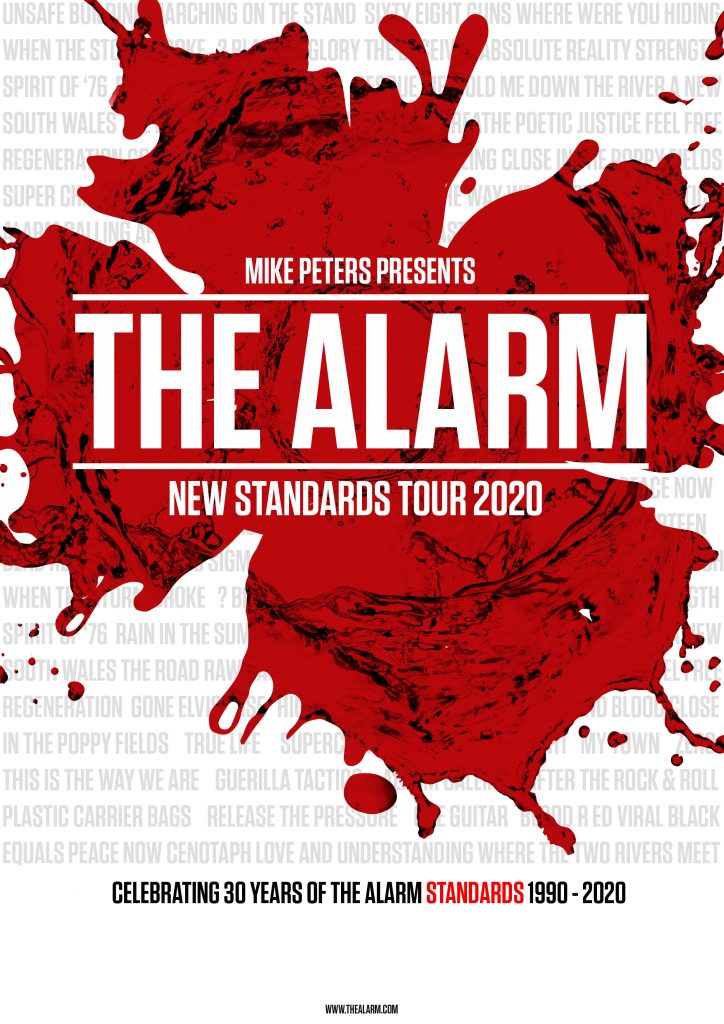 The New Standards Tour will play wherever and whenever the situation allows, and feature all the classic uplifting tracks from the band’s first ever chart topping 1990 compilation album STANDARDS which brought together iconic 1980’s singles such as Rain In The Summertime (1987 – international Top 20 hit recently covered by both The Killers and Smashing Pumpkins’ Billy Corgan), and a host of bonafide Alarm ‘Standards’ including Sixty Eight Guns, The Stand, Spirit Of ‘76 and Strength. Along with music from their recent UK Number One Rock Album SIGMA, the tour will also feature debut performances of songs from a brand new / soon to be released Alarm album entitled NEW STANDARDS that was written and recorded while the band has been locked down during the global isolation period. 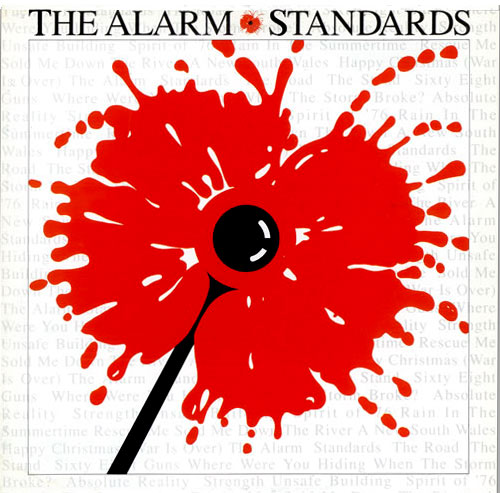 Ever since the lockdown began, Mike Peters and the band have kept a steady flow of information running with their global audience by broadcasting the BIG NIGHT IN with The Alarm TV show online every Saturday night. Hosted by Mike and Jules Peters , the BIG NIGHT IN has attracted over 250,000 viewers and features acoustic sets, special guests, unseen videos, dedications, shout outs and chat that has seen the BIG NIGHT IN with The Alarm, featured on news programs such as CNN and BBC and on international publication websites like Billboard.

“The NEW STANDARDS UK Tour will take The Alarm and our audience into a new age”, says Mike. “The themes of response and resolve to contend with these unprecedented times are running through the core of each and every Alarm song written. Documenting the lives of every day heroes and heroines has become synonymous with The Alarm DNA, and when we play these songs out in the open again, we will unite and uplift our audience like never before.”

The first show in a socially distanced setting has just been announced as Mike Peters in concert at the Lowther Pavillion in Lytham St. Annes on Friday 25th September. Tickets available here : BOOK NOW

NEW STANDARDS TOUR 2020 UK DATES so far… (more to follow along with up to date ticket links etc.).