As I ascend the steps to the dressing room of Norwich UEA, I am confronted by a poster on the wall from the ‘Big Country – Final Fling Tour’ of 2000.

I am instantly transported back in time and realise that the significant dates on the poster are really the origins of ‘why’ I am here today, especially when you see the support band is billed as ‘The Alarm 2000’. 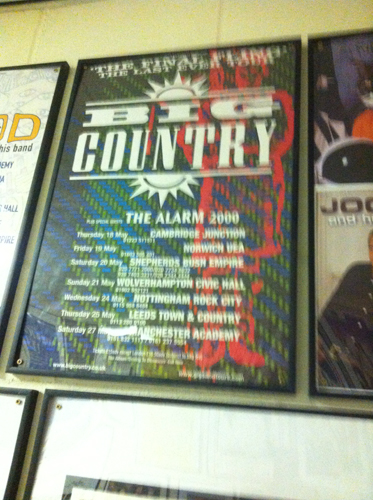 Memories come flooding back. Firstly, towards the end of the nineties, I had approached the music agent John Giddings (who was The Alarm agent from 88-91), to see if he was interested in helping me put together a British version of ‘Crosby Stills, Nash & Young’, that would have featured myself with people like Mike Scott (Waterboys), Ian McNabb (Icicle Works) and Roddy Frame (Aztec Camera) to name but three. Sadly, it never happened, although John and I did get talking about a ‘solo’ Mike Peters, playing as special guest on a forthcoming Big Country tour in December 1999. 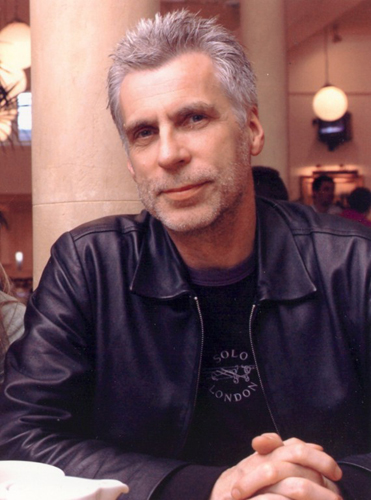 Just before the tour started, I told John that I had invited Eddie Macdonald (from the original  Alarm line up) to join the tour and he was going to be playing guitar in the band. (nb: Whilst recording the soundtrack to the stage play ‘Flesh & Blood’ at around this time, Eddie Macdonald had been advocating the idea of calling ourselves The Alarm A.D. and starting up again…..).

John Giddings (unbeknownst to me and Eddie), took advantage of this addition to the band and billed us on all the Big Country Tour adverts as ‘Mike Peters & Eddie Macdonald of The Alarm. I tried to tell him that this was not technically the correct billing but it was already ‘out there’ and so “too late”. We got on with it anyway, and so on stage at that first ‘Driving To Damascus’ tour, support set with Big Country in Newcastle City Hall on December 8th 1999, all the modern members of The Alarm featured.

As well as Eddie Macdonald (Guitar…not bass!), there was myself, James Stevenson (Guitar), Craig Adams (Bass) and Steve Grantley (Drums). It was a great tour for us (although a bit of a culture shock for Eddie who hadn’t played live with a band since 1991), on our final date at The Garage in Glasgow, we were asked by Ian Grant and John Giddings, if we could do the next set of dates with Big Country which would be billed as ‘The Final Fling’ (another John Giddings Idea…), and announced for April / May 2000. “Yes please”, I said.

As the countdown to the dates approached, Eddie Macdonald phoned me up and said “he didn’t really want to do the next set of dates, as he felt like he had moved on from rock and roll and preferred to be at home with his partner and pursue his career as a photographer”, I could understand and respect where Eddie was coming from (It seems like he made a good choice as he is now happily married and one of the countries top photographers). Within days of Eddie’s call, I was also approached by Ian Grant and asked if I would like to join BC on the tour of Europe and travel with the band on the tour bus and open the shows with an acoustic ‘solo’ set. I didn’t need to be asked twice and so set about making plans to join the band in Germany and Holland.

On the way to the airport at 6 o’clock in the morning my (then), new mobile phone rang and it was John Giddings…. What is he doing phoning me at this time of morning? I thought, as I answered the call. “Oh! morning Mike” said an obviously surprised John Giddings, “I was calling to leave you a message to say that I’ve billed you for this tour as The Alarm 2000 and there is an advert in Q magazine coming out this morning…..”. Before I could say anything he said, “Don’t worry you’ll thank me for it one day” and put the phone down. WIth that phone call The Alarm of the modern era began, and all because I was about to go on tour with Big Country. Funny the way life works at times isn’t it….

The European tour was an amazing experience for me as I had never travelled with another band other than my own before and I think this is the time when the bond that holds us together today was first forged. They say you only truly get to know someone when you live with them. Well, I was on the bus ‘living’ with them as they were ‘living’ with me, and in the initimacy of this close knit existence, I  was surprised to learn that despite all outward appearances, Stuart had a real drink problem that showed itself quite shockingly, at one of the dates towards the end of the tour in Germany.

I felt for both him and the band as they struggled through the show that night. Stuart had started openly drinking after the soundcheck and Mark, Bruce and Tony showed enormous professionalism, compassion, courage and understanding to come through the performance when it was so obvious that Stuart could hardly stand up on stage and play guitar, never mind sing. On the tour bus that night, there was only care and understanding shown to Stuart by the band and management, certainly no blame was attached after what was an incredibly difficult show for them all to play. It was obvious they knew and understood that Stuart was ill.

Personally, I had never met someone who had a major drink problem or met people who have to deal with it either. Stuart always seemed to be someone who was way ahead of his time in so many ways. He was the first to be a rock star at an age when most of us were still going to gigs as fans. When some of us had caught up by 1983 and were living the rock and roll dream with no responsibilities except to play in our bands and have a great time, Stuart was loaded with the responsibilities that come with being a husband and ever so young father. Stuart was into his second marriage and living in the USA by the time of this tour and privately fighting a major drink problem that was now no longer his or the band’s secret.

This photo of Stuart and I was taken by Jules on the last night of the German Tour. 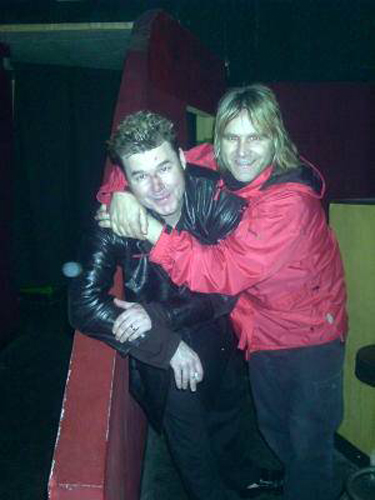 As the tour reached Holland, I received news that our then ‘Alarm 2000’ drummer Steve Grantley was now going to have to miss the first three shows because his main band (Stiff Little Fingers), needed him (at short notice), to play a festival in Nottingham.  I knew that without time to rehearse never mind find a drummer, I was going to have to pull out of the shows. I was in the midst of breaking the news to the Big Country Management (which also meant not being able to play at Shepherds Bush Empire), when Mark Brzezicki stepped up and said “No worries Mike, I’ll play drums for The Alarm as well”.

I was so amazed and grateful, especially when Mark had such a responsibility to play the Big Country set also. The band and Ian Grant were all cool with it though, and so I jumped at the chance, and for the remaining two or three European tour soundchecks, I jammed with Mark on ‘Spirit Of ’76’, ’68 Guns’ and other songs like ‘Regeneration’ and ‘Breathe’ that were a part of what was happening in Mike Peters world in the year 2000. Thus began the first gigs ever played in The Alarm’s modern era with Big Country’s drummer on drums, and I hadn’t realised the significance until tonight.

The gigs themselves were great and Mark did us incredibly proud (he even refused to accept any payment for his services). At Cambridge Junction on the first night, I can still remember Stuart, Bruce and Tony looking out from stage left and watching ‘their’ drummer playing with ‘The Alarm 2000’. When I was doing some research to prepare to sing proper with Big Country in 2010, I replayed the Final Fling DVD (filmed during that same tour at the last show in Glasgow Barrowlands). For some reason, the band had decided to wear kilts and as the show played out I began to realise that Stuart was also wearing a Mike Peters logo T-shirt throughout the entire set. I did not realise this at the time, but what a strange revelation it was to discover almost 10 years later.

It’s just another strange but true fact that is totally in keeping with the life journey we have all been making since then. You couldn’t make it up, and when you think back through all of the coincidence, the twists of fate that have played such a part in the origins of both Big Country and The Alarm of today,  who knows what is still to come….. 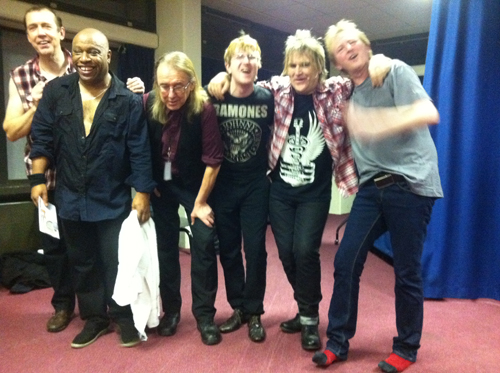 It’s Tony Butler’s birthday today and we make secret plans to surprise him on stage, and when Ian Grant turns up during the encore with a birthday cake it is a special moment. We take time out to have a photograph and the genuine smiles are a testament to how far we have come, how much has been overcome and how much more is still to be done.

We finish up in the dressing room where once long ago, the seeds for today’s collaborations were being unknowingly sown. As we climb the stairs, I spot other words on the poster that I didn’t see the first time. “The Last  Ever Tour” it says……….

I think not, because we are the living proof that life does goes on and has a unique way of bringing events full circle, thus allowing me the opportunity to repay Big Country for their help in my life, by being able to help them in theirs.