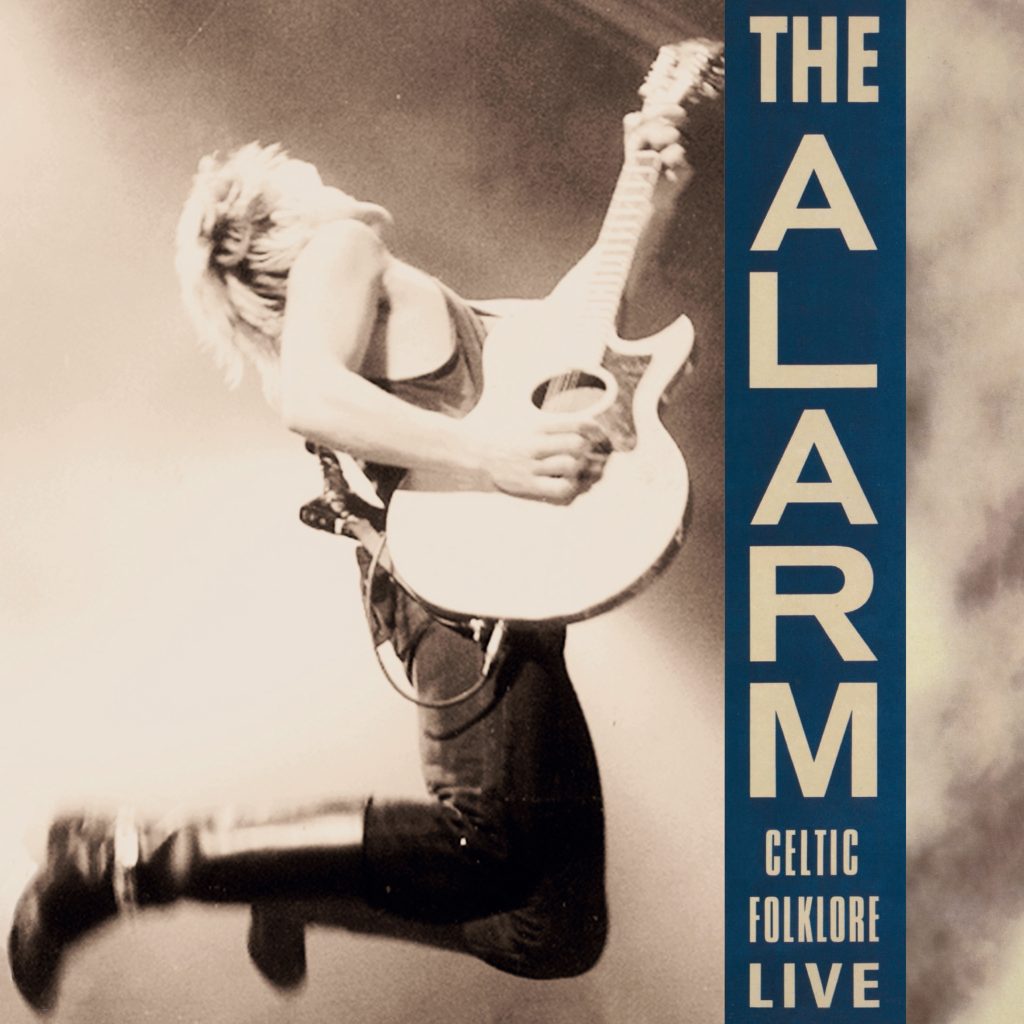 The Alarm – Celtic Folklore Live LP was originally recorded back in 1988, during The Alarm’s Celtic Folklore Tour of the UK and USA, and with this brand new Record Store Day 2020 (June 20, 2020) release of completely unreleased ‘live’ tracks, it effectively expands their original 1988 live album – ‘Electric Folklore Live’ into a double album.

None of the 10 live recordings on Celtic Folklore Live have ever been released before, and the album track listing is made up of a host of Alarm songs featured on the 1988 concert tour, but not released or selected for Electric Folklore Live.

Celtic Folklore Live features classic Alarm songs including Newtown Jericho and the US Top 40 single Presence Of Love both recorded at the legendary London venue Hammersmith Odeon. Side Two was cut from an incendiary 1988 live show in San Jose, California, and features a stunning version of The Alarm’s live classic One Step Closer To Home with a powerhouse vocal from Dave Sharp , plus early Alarm signature songs Marching On, The Stand and Sixty Eight Guns.

All of these recordings pre-date (by only a matter of weeks), the Boston, Massachusetts concert at the Wang Theatre Boch Center which created the content for Electric Folklore Live.