The Alarm’s 40th Anniversary Anthology History Repeating 1981 – 2021 is out now and to celebrate,  lead singer Mike Peters will embark on a five date UK record store tour performing live and signing copies of the brand new double CD and LP History Repeating, which features 44 (LP – 27), of The Alarm’s biggest singles and greatest songs.

* NB: This is a special History Repeating launch event with Mike Peters. Alarm Fans can obtain History Repeating from any record store in South Wales including  Spillers Records or HMV Cardiff and bring them along to The Old Arcade between 12 and 1pm to have them signed and also listen to Mike Peters perform an acoustic set. 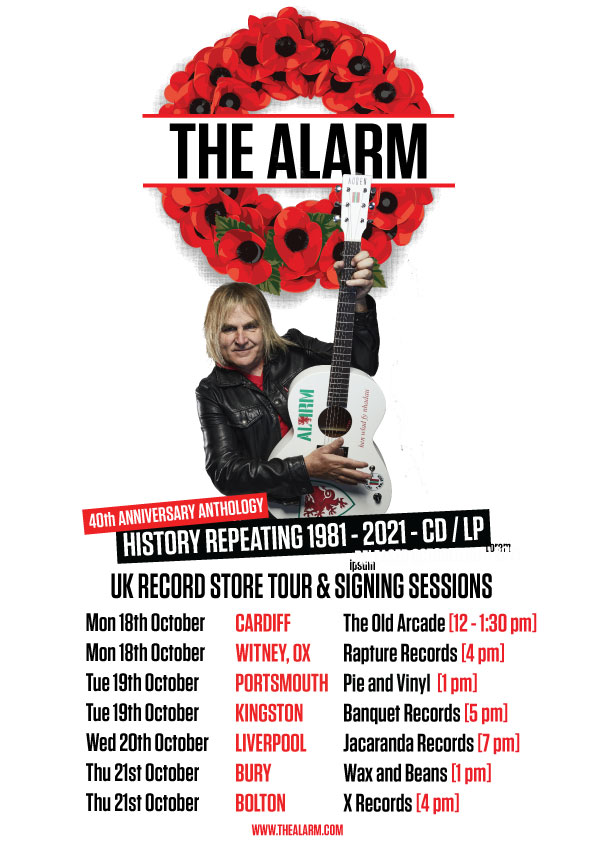 Also starting this weekend, there is a host of special concert screenings celebrating the worldwide record store release of History Repeating 1981 – 2021 on October 15th, along with a Big Night In Special Presentation on Saturday October 16th.

There will be two special live 40th Anniversary online concert broadcasts from Rhyl Town Hall and Cyfarthfa Castle, Wales on Friday 15th and Sunday 17th October respectively. Both performances will premiere on YouTube and Facebook at 2100 UK.

Also during the official release week, each and every Mike Peters record store music performance will be beamed out in real time, via The Official Alarm Facebook Page, You Tube and Alarm Central platforms. 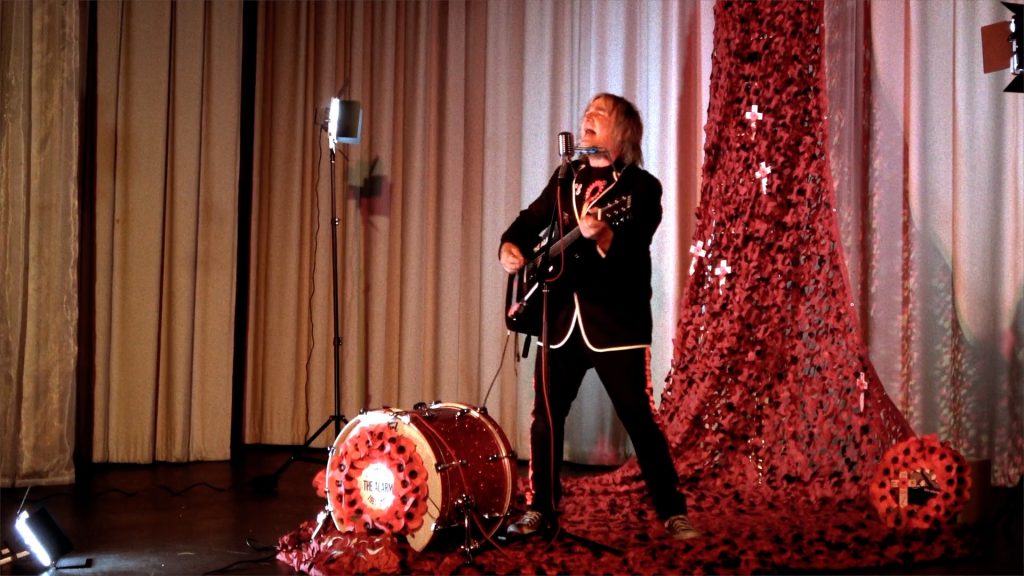 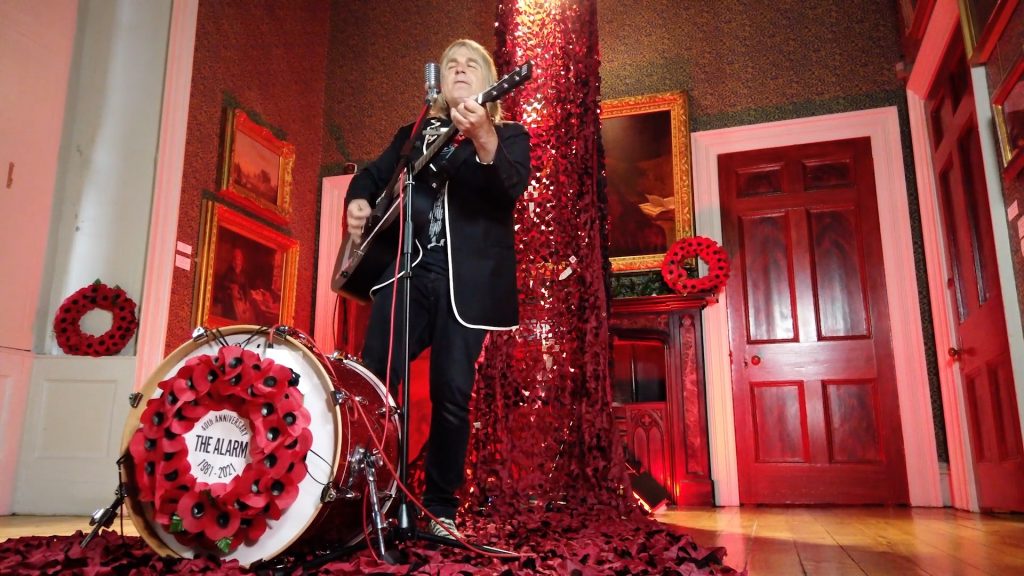